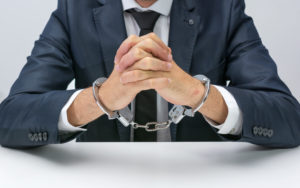 The Department of Justice Tax Division announced a recent guilty plea by the CEO of VitalSpring Technologies, Inc., a Virginia-based health care technology company.  The case shows how large-scale shareholder frauds often involve interrelated tax violations (such as failing to pay employment taxes) and other regulatory infractions.  The CEO faces a potential sentence of 10 years in prison for the shareholder fraud and five years in prison for failing to pay employment taxes, not to mention forfeiture, restitution and monetary penalties to boot.

Excerpts of the DOJ’s allegations and the basis for the charges/plea are set forth below:

As early as 2009, Potarazu provided materially false and misleading information to VitalSpring’s shareholders to induce more than $30 million in capital investments in the company.  Potarazu represented on numerous occasions that the sale of VitalSpring was imminent, which would have resulted in profits for shareholders, and concealed that VitalSpring failed to account for and pay over more than $7.5 million in employment taxes to the IRS. . . .

Potarazu induced investments from shareholders by making false representations, concealing material facts, and telling deceptive half-truths about VitalSpring’s financial condition, tax compliance, and alleged imminent sale.  Potarazu also caused someone to pose as a representative of a prospective buyer on shareholder conference calls to add legitimacy to his claims regarding VitalSpring’s imminent sale.

In November 2014, Potarazu created a Special Review Committee (SRC) in response to a lawsuit filed in Delaware by shareholders that claimed Potarazu misled the victim investors about VitalSpring’s finances, the status of the impending sale, and Potarazu’s compensation.  Potarazu provided the SRC with false financial records, fake tax returns, and fake bank statements to induce the SRC to believe that VitalSpring was financially healthy and to cause the SRC to make materially false representations to the Delaware court and victim investors.  He also falsely represented that the alleged imminent sale would yield substantial returns to the shareholders, and used this to induce additional investments.  Members of the SRC traveled interstate to the Eastern District of Virginia to attend meetings in which Potarazu presented false information for their review.

In truth, there was no imminent sale pending. Potarazu provided false financial records, including fake balance sheets, fabricated bank statements, and false tax returns, to several prospective buyers, financial advisors, and investment banks. In December 2014, when he was questioned by Prospective Buyer 1 as to the accuracy and authenticity of bank records provided, Potarazu presented false or misleading emails purporting to be from a bank employee to bolster the legitimacy of the false bank records. Potarazu also presented Prospective Buyer 1 with a link to a fake website that was made to look like a website for a major national bank, and which referred Prospective Buyer 1 to VitalSpring’s false bank statements, and used a shadow, secondary email account assigned to a VitalSpring employee to provide false information to Prospective Buyer 1, thereby creating the appearance that Potarazu had not provided the information.

From 2011 to 2015, in addition to his salary paid by VitalSpring, Potarazu diverted a portion of the investments from the victim investors for his own personal use.

Potarazu admitted that from 2007 to 2016, VitalSpring accrued employment tax liabilities of more than $7.5 million.   Potarazu withheld taxes from VitalSpring employees’ wages, but failed to fully pay over the amounts withheld to the IRS.  As CEO and President of VitalSpring, Potarazu was a “responsible person” obligated to collect, truthfully account for, and pay over VitalSpring’s employment taxes.  Ultimate and final decision-making authority regarding VitalSpring’s business activities rested with Potarazu.

Between 2008 and 2015, instead of paying over employment tax, Potarazu caused VitalSpring to make millions of dollars of expenditures, including thousands of dollars in transfers to himself and others, the publication of his book, “Get Off the Dime,” a sedan car service, and travel.

The case demonstrates how a failure to pay employment taxes can “go criminal,” especially when there are other aggravating factors or there is related fraudulent activity.  Here, the CEO was deemed a “responsible person” who failed to pay over trust fund/employment taxes and failed to file employment tax returns.  This case is yet another example of the government’s increasing focus on employment-tax enforcement and efforts to bring criminal charges where businesses fail to pay their employment taxes—tacking employment-tax charges on to a relatively high-profile fraud case is part of DOJ’s effort to get the message out.  As I’ve blogged about before, (for example, here, Employment Tax Enforcement is on the Rise, and here, The Crime of Willfully Failing to Collect or Pay Over Tax), expect to see more such cases to come.