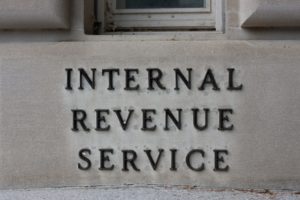 A recent government report recommended that the IRS beef up its use of the Trust Fund Recovery Penalty and more liberally refer employment tax cases for criminal investigation.  The report, issued by the Treasury Inspector General for Tax Administration (“TIGTA”), A More Focused Strategy Is Needed to Effectively Address Egregious Employment Tax Crimes, was somewhat critical of the IRS’s failure to adequately pursue Trust Fund Recovery Penalties against individuals, noting a sharp decline in the number of TFRP assessments over the past five years (a decline that corresponds to a drop in the number of IRS revenue officers).  It also found that—given the similarity between the statute that governs civil TFRP assessments and the criminal statute that makes it a crime to willfully fail to pay over employment (and other) taxes—more employment tax cases should be referred for criminal investigation.  The TIGTA report will increase the pressure on the IRS to more aggressively pursue employment tax violations.

The report finds that there is a particularly growing problem with what it terms “egregious employment tax noncompliance,” citing a number of statistics, findings and prior government reports:

According to the report, the number of employers with “egregious employment tax noncompliance” (20 or more quarters of delinquent employment taxes) has been steadily growing—more than tripling in a 17-year period.  In light of these trends, it specifically recommended that the IRS consider and adopt:

a focused strategy to enhance the effectiveness of the IRS’s efforts to address egregious employment tax cases. This strategy should include use of data analytics to better target egregious employment tax noncompliance, including identification of high-dollar cases and individuals with multiple companies that are noncompliant. In addition, the Collection function should expand the criteria used to refer potentially criminal employment tax cases to CI to include any egregious cases (not only those where a firm indication of fraud is present).

The report also addressed businesses that owe employment taxes and that have been placed into “currently not collectible” status for civil tax collection purposes.  According to IRS records, as of December 2015, the IRS had placed in “currently not collectible status” almost $21 billion (46 percent) of the $46 billion in delinquent employment taxes on its books.  But, as TIGTA noted, “the status of a case deemed by the IRS as currently not collectable should not preclude the Collection function from referring the case for criminal investigation if egregious (e.g., substantial dollars or multiple offenders).”

The report further elaborated on some of the tools in the government’s arsenal that are available to combat employment tax violations, noting the similarity between the civil Trust Fund Recovery Penalty and a criminal violation under § 7202, Willful Failure to Collect or Pay Over Tax (a similarity that I have previously discussed in other blogs – see  The Crime of Willfully Failing to Collect or Pay Over Tax and Employment Tax Enforcement is on the Rise):

Internal Revenue Code (I.R.C) § 6672, Failure to Collect and Pay Over Tax, or Attempt to Evade or Defeat Tax, provides that any person required to collect, account for, and pay over taxes held in trust who to perform any of these acts or willfully attempts to evade or defeat any such tax or its payment can be assessed a Trust Fund Recovery Penalty (TFRP). The revenue officer can assess the TFRP against any person who is determined to be willful and responsible for the employer’s failure to pay over employment taxes, making the individual or individuals the liable party. The TFRP applies to the employee’s portion of employment tax, namely, the withheld income tax and employee’s portion of FICA. It does not apply to the employer’s portion of employment taxes. Generally speaking, the IRS has 10 years to collect a TFRP assessment before the Government’s right to pursue the assessment expires.

If the collection case meets certain criteria, the SB/SE Division may refer it to Criminal Investigation (CI). CI conducts a criminal investigation and, if appropriate, refers the case to the U.S. Department of Justice (DOJ). If accepted, the DOJ prosecutes the case in a Federal District Court where a conviction can lead to fines, imprisonment, or both. I.R.C. § 7202, Willful Failure to Collect or Pay Over Tax, stipulates that any person required to collect, account for, and pay over tax who willfully fails to do so shall, in addition to other penalties provided by law, be guilty of a felony punishable by a fine of up to $10,000 to five years in prison, or both. Incarceration is the ultimate sanction provided by Congress for tax noncompliance.

Since the statutes for the TFRP and the criminal counterpart I.R.C. § 7202 are similar, there is a high likelihood that some portion of the egregious noncompliance is the result of willful criminal acts. . . . I.R.C. § 7202 clearly indicates that the statute applies to any person required to collect, account for, and pay over tax who willfully fails to do so. A felony conviction under I.R.C. § 7202 does not require an attempt at concealment, deception, or false or fraudulent statements.

Ultimately, the TIGTA report increases the pressure on the IRS to more aggressively enforce employment tax violations, both civilly and criminally.  However, despite what TIGTA found to be unimpressive enforcement statistics and data trends, it did note that there has already been a significant increase in IRS and DOJ efforts to more aggressively increase its focus on civil and criminal employment tax enforcement.  (I have blogged about this increase in several prior posts – see, e.g., Employment Tax Enforcement is on the Rise).  Thus, some of the decreases in enforcement statistics noted in the report, which draw on numbers through 2015, may suffer from a bit of a data lag—and we may already be in the midst of an increased employment tax enforcement effort that will change those figures significantly over the years to come.  As the report noted:

According to the IRS, Since May 2015, CI has been working with the Collection function, the DOJ, and the IRS Criminal Tax Counsel to promote the employment tax program within the IRS. CI collaborated with the Collection function, DOJ, IRS Criminal Tax Counsel, and IRS National Fraud Program throughout FYs 2015 and 2016 in efforts to promote the cross-agency focus on employee tax fraud compliance and deterrence. . . . As a result of this collaboration, CI’s direct investigative time has increased in this area.

Practitioners and taxpayers  alike should be aware of these trends.  Particularly in this environment, businesses and individuals facing employment tax violations should consult with an experienced tax attorney regarding their legal obligations and exposure—as well as potential steps to mitigate that exposure.