In Ritchie v Rupe, the Texas Supreme Court held that Texas does not have a shareholder oppression statute that allows minority shareholders to seek a buyout of their minority stakes. In that case, Rupe had inherited a minority stake and sought a buyout of her shares. The majority shareholders offered her $1.7 million which she refused (a jury later valued her shares at $7.3 million). Ritchie refused to meet with Rupe’s prospective third-party buyers. The lower courts held that this refusal deprived Rupe of her “reasonable expectation of being able to market her unrestricted stock.”

Because Rupe would likely have recovered a much greater price for her shares if a buyout remedy applied, this case represents a good example of the predicament faced by minority shareholders in close corporations who want to liquidate their interests. When controlling shareholders act oppressively by denying requests for information, declining to pay dividends, and taking actions that would discourage third parties from buying existing shares, this predicament is worsened.

The Supreme Court held in Ritchie that a buy-out remedy for shareholder oppression is not available pursuant to Section 11.402 of the Texas Business Organizations Code (the “TBOC”). The court explained that the TBOC only allows for the appointment of a rehabilitative receiver in limited circumstances. Applying the business judgment rule to Section 11.402 of the TBOC, the Texas Supreme court held that a shareholder’s conduct is considered oppressive only when:

Appointment of a Rehabilitative Receiver

Section 11.402 of the TBOC provides that a court may appoint a receiver for a domestic business entity upon an owner’s petition if the actions of the entity’s governing persons are “illegal, oppressive, or fraudulent” and if the court determines that all other available legal and equitable remedies are inadequate. The majority in Ritchie interpreted these provisions to create a single cause of action for minority oppression with a single remedy: an action for the appointment of a rehabilitative receiver. Accordingly, convincing a court to appoint a rehabilitative receiver requires meeting a high burden. The rehabilitative receiver’s role is complete when the situation is resolved. However, if it does not conclude within one year, the minority shareholder who sought the appointment can seek to have the company dissolved. TBOC, § 11.405.

There are several types of conduct in which controlling shareholders can engage that harm minority shareholder in a closely held corporation. As expressed by the Ritchie Court:

“Those in control of a closely held corporation may use various “squeeze-out” or “freeze-out” tactics to deprive minority shareholders of benefits, to misappropriate those benefits for themselves, or to induce minority shareholders to relinquish their ownership for less than it is otherwise worth. The types of conduct most commonly associated with such tactics include (1) denial of access to corporate books and records, (2) withholding payment of, or declining to declare, dividends, (3) termination of a minority shareholder’s employment, (4) misapplication of corporate funds and diversion of corporate opportunities for personal purposes, and (5) manipulation of stock values.”

The Ritchie Court’s reasoning was based in part on the fact that controlling persons have fiduciary duties to the company and must act in the best interest of only the Company. The Court suggested that a duty to buy out minority shareholders could conflict with the duty to act in the best interest of the company, which conduct could feel oppressive to a minority shareholder.  As noted by the Ritchie Court, minority shareholders have frequently asserted causes of action against companies or their officers and directors for the following causes of action: (1) an accounting, (2) breach of fiduciary duty, (3) breach of contract, (4) fraud and constructive fraud, (5) conversion, (6) fraudulent transfer, (7) conspiracy, (8) unjust enrichment, and (9) quantum meruit.

Moreover, Texas statutes and those of other states give shareholders rights to access company books and records. When used strategically, these statutes can be a useful springboard for investigating potentially unlawful conduct and to launch litigation or private efforts to obtain a fair price for a minority stake.

Majority owners who act as officers, directors, and managers, owe fiduciary duties to companies, including the duty of obedience, loyalty, and due care. If control persons abuse their authority in managing the company to favor certain shareholders instead of broadly acting in the best interest of the corporation, they may be sued for breaches of their fiduciary duties and they held liable for harm caused to the business, and in some cases to specific shareholders. For more information regarding fiduciary duty litigation, see Fiduciary Duty Litigation.

Typically, the same conduct that gives rise to a claim for breach of fiduciary duty, will also give rise to claims for breach of contract. When evaluating a shareholder claim against controlling persons, it can be advantageous two review the bylaws, certificates of incorporation, and other company agreements and documents to determine whether the company has breached commitments and obligations to the shareholders, such as commitments to pay dividends, to hold meetings and elections, and to furnish certain financial information.

Additionally, minority shareholders can claim under common law that their investments were induced by a company or its officers and executive by fraud, whether under the common law or under federal and state securities laws. Generally, statutes allow shareholders to recover legal fees and damages or rescission of their investment in connection with this type of misrepresentational fraud.

We are a sophisticated boutique trial firm, hyper focused on advancing our clients’ litigation interests in business litigation.  Our trial attorneys have been recognized nationally and internationally, including being named to U.S. News and World Report’s Best Lawyers in America list, Super Lawyers, and recognized by Chambers & Partners as among the leading attorneys in the United States, as well as recognized as the “Leading Tax Controversy Litigation Attorney of the Year” for the State of Texas.

We Try Cases – We Win Cases
We are committed to delivering world-class counsel in the courtroom using bold, tactical, state-of-the-art approaches to litigation.  Our attorneys bring big-firm talent, think-tank intellect, and analytical precision.

We are client-focused problem solvers. Tireless advocates that work best under pressure, we are committed for the long haul, and relentless in our pursuit of justice. Our award-winning attorneys make the complex clear, bringing the issues and facts into focus with perspective and clarity.

Our attorneys bring big-firm talent and backgrounds, think-tank intellect, and analytical precision.  Our trial attorneys are not only skilled advocates, they are steeped in substantive expertise gained from years of experience in the trenches.  We provide sophisticated representation and penetrating legal acumen.

Our firm’s founding principles and vision of exceptionalism permeate throughout our litigation and trial practice.  We are driven by uncompromising attention to detail and a desire to exceed expectations.

Ready for the Moments that Matter

Every Freeman attorney participates in the firm’s Trial College, a rigorous training program focused on trial advocacy and procedure.  Our attorneys are experienced, trial-honed, and ready for the moments that matter.

Have questions? Refer to our FAQs for Minority Shareholder Litigation. 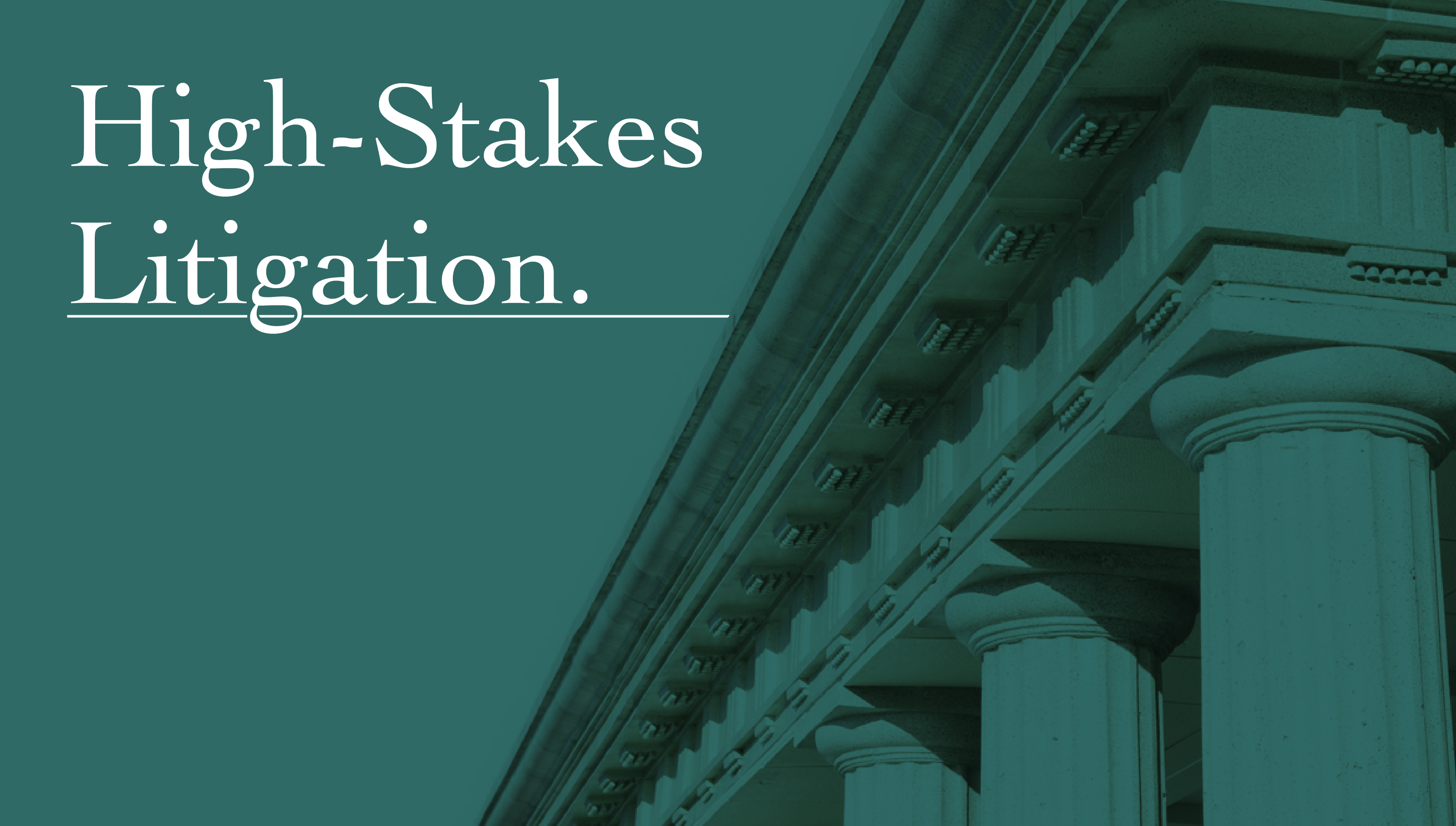