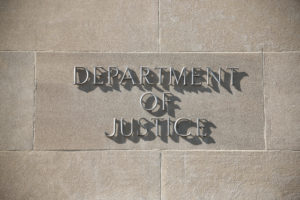 The reason is simple. Employment taxes and taxes collected through employer withholding are vital to the integrity of our tax system. Employment taxes account for about one-third of the revenues collected by the IRS. Withholdings from employee wages (which include both employment and income taxes) represent nearly 70 percent of IRS revenues. But, according to the government, these numbers could and should be even higher. The IRS estimates that there are nearly $60 billion of unpaid taxes reported on Forms 941. And, on the whole, unpaid employment taxes make up an estimated $72 billion of the country’s annual tax gap. So, it appears, there is much room for improvement.

When an employer fails to collect, account for, and deposit taxes that are supposed to be withheld from employee wages, the government views that employer as committing a theft and as having gained an unfair advantage over law-abiding competitors. And the government has some very powerful weapons at its disposal to combat such violations. For example, on the civil enforcement side, in addition to penalties that apply to the business, it is often able to hold owners, officers, managers, key employees, and sometimes even bookkeepers personally liable for taxes that the business withheld and failed to pay over to the IRS through the so-called Trust Fund Recovery Penalty (“TFRP”). Many taxpayers are completely unaware of this exposure, but TFRP enforcement is one of the major prongs of the IRS’s renewed attack. On the criminal enforcement side, severe penalties can apply as well. During the last fiscal year, for example, over three-quarters of those charged in employment tax evasion cases were sentenced to prison terms, and the average sentence in those cases was a 24-month term. There is likely to be a noticeable increase in the number of employment tax prosecutions.

Employers are required to withhold federal income taxes and Social Security and Medicare taxes (“FICA” taxes) from employees’ wages, as well as the Additional Medicare Tax where required. These withheld taxes are commonly referred to as “trust fund taxes” because they are held by the employer in “trust” for the benefit of the United States until paid over. In addition, employers are required to pay a matching portion of FICA taxes. This portion is commonly referred to as the employer’s portion, and is a direct obligation of the employer; it is, therefore, not part of the “trust fund taxes” described above. Self-employed individuals are required to pay the equivalent of the employee and employer portions through the Self Employment Contributions Act (“SECA”) system. Employers are also responsible for the Federal Unemployment Tax (“FUTA”).

Employers are required to deposit employment taxes according to either a monthly, semi-monthly, or next-day deposit schedule. An employer who fails to deposit or pay employment taxes in accordance with the appropriate schedule may be subject to failure-to-deposit and failure-to-pay penalties. Employers are also required to file quarterly Forms 941, Employer’s Quarterly Federal Tax Return, and an annual Form 940, Employer’s Annual Federal Unemployment Tax Return. Some taxpayers may be required to file other returns (e.g., employers who employee agricultural workers may be required for file a Form 943). A failure to file a required return may subject a taxpayer to a failure-to-file penalty.

Over the course of the past year, the government has deliberately signaled a strong and renewed focus on enforcing these obligations and cracking down on employment tax fraud. That focus is likely to translate into more employment tax related audits—particularly worker-classification audits and TFRP investigations—and criminal investigations. Anecdotal evidence has shown this author that we are, indeed, currently seeing a rise in both civil and criminal employment tax enforcement in practice.

The renewed focus makes sense. The Service and Tax Division have had a heavy focus in recent years on combatting offshore tax non-compliance, tax shelters, and identity theft. Having made substantial headway on those fronts, they have turned their attention to one of the next most likely sources for noncompliance: employment taxes.

There is also a particularly difficult reality here that can affect some taxpayers: In the employment tax context, the line between civil and criminal violations is often very thin and proving a willful violation can be relatively straightforward. The standard for imposing civil penalties is very similar to the standard that the government must meet for criminal enforcement. Indeed, the elements necessary to impose a TFRP under I.R.C. section 6672 are virtually identical to the elements necessary to impose liability under that section’s criminal counterpart, section 7202. And that means that many who face TFRP assessments inevitably exhibit many of the characteristics that the government looks to in order to justify a criminal referral. As a result, greater TFRP scrutiny could, itself, give rise to increased criminal enforcement activity—particularly in the current environment. The government will likely leverage this reality to gain an even greater deterrent effect and increase voluntary compliance, which explains why TFRP enforcement will continue to be an important part of its employment tax enforcement initiative.

This past year has seen the IRS and Tax Division give a concerted and renewed focus to employment tax enforcement. The renewed focus is now coming to fruition in the form of greater numbers of employment tax civil audits and criminal investigations and prosecutions. The trend is likely to only increase. With the greater scrutiny being given to employment tax violations, tax practitioners can provide tremendous value to clients by educating them about, and reinforcing, the importance of complying with the employment tax laws and the risks that come with noncompliance.