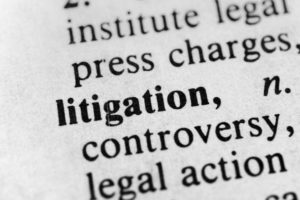 The recent case of United States v. Bohanec, 2016 U.S. Dist. LEXIS 170149 (Dec. 8, 2016) provides the latest glimpse into the world of FBAR penalty litigation. Among other things, the case looks at two interesting and important procedural issues: the meaning of willfulness and the burden of proof necessary to prove it. In Bohanec, the government asserted a penalty against Mr. Bohanec, a foreign account holder, for willfully failing to report his foreign accounts and sued for a judgment. The district court found for the government and held that, in the context of willful FBAR penalties, the government need only prove a “willful” failure to file an FBAR by a preponderance of the evidence—not the heightened standard of clear and convincing evidence that the defense argued was applicable. The court also held that willfulness can be satisfied where there is a reckless disregard of the obligation to file an FBAR. The ruling continues a trend of cases that have, in effect, expanded the definition of “willful” conduct and that, at the same time, have established a relatively low burden of proof necessary to establish such conduct. In short, the case continues a trend that makes it easier for the government to establish a willful failure to file an FBAR—and thus to assert penalties for a willful failure to file an FBAR of up to half of the balance of unreported accounts at the time of the violation.

The defendant argued that willfulness should be defined as traditionally understood: as requiring an intentional violation of a known legal duty. In support of his argument, he cited IRS Chief Counsel Advice 200603026 and the Internal Revenue Manual’s interpretation of “willfulness” under 31 U.S.C. Section 5321. Both of these sources—sources that are promulgated by the IRS, by the way—supported the defendant’s view. The I.R.M., for example, defines willfulness as “a voluntary, intentional violation of a known legal duty.” I.R.M. 4.26.16.6.5.1. The Chief Counsel Advice adopted the same definition.

The court also addressed whether the preponderance-of-the-evidence or the clear-and-convincing-evidence standard applies in the context of a willful-failure-to-file-an-FBAR penalty. The court’s analysis can be summarized in a brief excerpted paragraph:

The Supreme Court has held that a heightened, clear and convincing burden of proof applies in civil matters “where particularly important individual interests or rights are at stake.” Herman & MacLean v. Huddleston, 459 U.S. 375, 389 (1983). Such interests include parental rights, involuntary commitment, and deportation. Id. The lower, more generally applicable preponderance of the evidence standard applies, however, where “even severe civil sanctions that do not implicate such interests” are contemplated. Id. at 390; see also Grogan v. Garner, 498 U.S. 279, 286 (1991). The monetary sanctions at issue here do not rise to the level of “particularly important individual interests or rights.” Accordingly, the preponderance of the evidence standard applies. See also McBride, 908 F.Supp.2d at 1214.

Again, the court’s conclusion—which follows a growing body of case law—runs contrary to the IRS’s prior views on the question. The following excerpt from the IRS’s Chief Counsel Advice shows its previous analysis and thinking on the issue:

So again, the court looked past the IRS’s own prior publications (though, of course they were not binding precedent in any respect) on the issue, and reached a government-friendly answer on the evidentiary standard question. Ultimately, taking the facts into account, the court concluded that the government indeed proved by a preponderance of the evidence that the defendants were at least recklessly indifferent to the applicable statutory duty, justifying the asserted FBAR penalty. The facts of the case, which were not focused on here, presented an interesting story in and of themselves, and perhaps I will follow up with a post soon taking a deeper look at the factual issues involved in the case that led the court to ultimately uphold the FBAR penalty.

For more on FBAR penalties and litigation, see:

Where Is the Limit on Penalties for Willful FBAR Violations?

The Colliot Decision: The Government Loses an FBAR Case that May Change International Reporting Penalties

Non-US Residents May Still Be Subject to FBAR Reporting Guidelines

The Panama Papers: The First U.S. Conviction for Tax Fraud