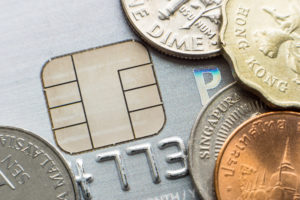 The Bank Secrecy Act (“BSA”) requires a person to file a Report of Foreign Bank and Financial Accounts (“FBAR”), Financial Crimes Enforcement Network (“FinCEN”) Report 114, when that person has a financial interest in, or signature or other authority over,  at least one foreign financial account and the aggregate value of all foreign financial accounts exceeds $10,000.  While often mistaken for a “tax” form, the FBAR is not technically a tax form.  Although the FBAR filing requirement has been around since the 1970s, the Federal Government has significantly stepped up enforcement—and penalty assessment—in more recent years.

FinCEN requires a FBAR filing when the aggregate balance amount of a person’s foreign financial account(s) totals more than $10,000 at any point during the year. A person must list the maximum amount in each account for the year when filing the FBAR. It is irrelevant whether a person has one or ten foreign financial accounts. If the aggregate balance in those accounts exceeds $10,000 at any point during the year, if only for one day, then a FBAR must be filed the following year. The due date for the FBAR for 2016 is April 15, 2017. For years prior to 2016, the due date was June 30 of the following year.

For FBAR purposes, a “person” required to report his foreign financial accounts is one of the following:

Even if the person is a child, the child must file an FBAR. A child’s parent, guardian, or other legally responsible person must file for the child if the child is unable to file its own FBAR.

Several exceptions exist though regarding who is required to file a FBAR. If a person’s spouse has filed a FBAR for accounts with both their names, then the non-filing spouse is not required to file a FBAR so long as the non-filing spouse does not have any other foreign financial accounts. The filing spouse’s FBAR filing must be timely, and the filers have completed and signed Form 114a, “Record of Authorization to Electronically File FBAR’s.” If the prior conditions are not satisfied, then both spouses must file separate FBARs.

A failure to file a FBAR can result in serious penalty exposure.  If the government deems the penalty to be a willful violation, the potential statutory penalty is the greater of $100,000 or 50% of the amount of the balance in the account at the time of the violation. A non-willful penalty carries a penalty of $10,000 per violation.  A reasonable cause defense may, however, be available.

Criminal penalties may be assessed as well for a failure to file the required FBAR. If a person willfully violates 31 U.S.C. § 5314, the person may face imprisonment for up to five years and/or a fine of up to $250,000. If the violation was committed while violating another law or committed repeat of a pattern of illegal activities involving more than $100,000 in any 12-month period, then the fine ceiling is increased to $500,000 and/or imprisonment for up to ten years.

While these penalties are harsh, the IRS has several programs available that may allow a taxpayer to come forward proactively and fix outstanding filing deficiencies—often at a fraction of the cost.  Many taxpayers can even obtain protection (i.e., amnesty) from criminal exposure.  Taxpayers that previously failed to file a FBAR or tax information return should seek legal counsel from a tax attorney immediately.