How the FBAR’s “Willfulness” Element Has Recently Evolved

How the FBAR’s “Willfulness” Element Has Recently Evolved 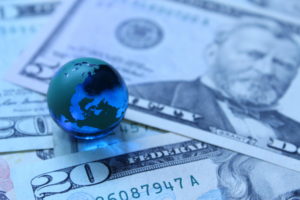 The FBAR (FinCEN Form 114) requires United States persons to report any foreign financial accounts in which the person has signatory authority or a financial interest if the total value of such accounts exceeds $10,000.[1] In 2004, the IRS obtained the ability to impose non-willful civil penalties against those persons that fail to report such foreign accounts. Prior to that, penalties could only be asserted against those that willfully violated the FBAR rules. When a non-willful violation occurs, the IRS may assert a penalty up to $10,000.[2] However, when there is a willful violation, the IRS may assert a penalty equal to the greater of $100,000 or 50% of the balance in the account at the time of the violation.[3]

An important series of cases has helped develop the meaning of the willfulness element in this context. One early case in that series involved a taxpayer that attempted to enter into the Offshore Voluntary Compliance Initiative in 2003 after the U.S. had begun conducting a criminal investigation. The matter was initially brought before the Tax Court, which ruled that it did not have jurisdiction to address an FBAR penalty pre-assessment issue because there was no Notice of Determination issued by the IRS.[4]

Several months after Williams was decided, a district court in Utah decided another case concerning FBAR civil penalties.[10] The taxpayer was a business owner that was worried about future taxes on his growing business, prompting him to consult a financial management firm that advised him to invest his money in offshore accounts.[11] At one point, the taxpayer described the plan as essentially tax evasion; nevertheless, the taxpayer followed through with the plan and invested his money in offshore entities and accounts where he would receive the funds as a “loan” to his company.[12] The taxpayer received a legal opinion stating that no legal issues existed such as tax evasion with the financial management firm’s plan.[13] The law firm, though, was a subsidiary of the financial management firm. During the tax years at issue, the taxpayer never acknowledged his foreign accounts on his Form1040s nor did he file the required FBARs.[14] Nevertheless, the district court found that the taxpayer acted with “willful blindness,” which the court held satisfied the “willfulness” standard.[15] Under this precedent, if a taxpayer executes and files his Form 1040 without filing a required FBAR, the taxpayer is potentially deemed to have acted willfully and is potentially liable for maximum sanctions. In McBride, the district court enforced the willful FBAR penalty.

In a third case, a district court in California granted summary judgment for the U.S. when it was stipulated by the taxpayer that she willfully failed to file and FBAR and willfully failed to report the existence of the foreign account on her 1040 for that tax year.[16] In its opinion, the court went on to hold that a taxpayer acts willfully where it is shown that the taxpayer acted with a reckless disregard of a statutory duty; thus, the district court continued the extension of the definition of willfulness.[17]

As this brief canvassing of the growing body of FBAR case law demonstrates, the courts have interpreted the willfulness element quite broadly in favor of the government. Courts have found it to be significant where a taxpayer does not acknowledge his foreign accounts on Schedule B of his Form 1040 and does not file a FBAR. Courts have further extended the definition of willfulness to include a reckless disregard of the obligation to file an FBAR. In other words, the evolution of FBAR case law has significantly lowered the standard necessary to prove “willfulness” in the FBAR context.

Need assistance in managing the Tax Compliance process? With our unique substantive and procedural knowledge, we can provide a comprehensive approach to the tax dispute resolution process, often collaborating with clients’ existing tax professionals to formulate creative solutions to the most complex tax problems. Freeman Law offers value-driven legal services and provides practical solutions to complex tax issues.  Schedule a consultation now or call (214) 984-3410 to discuss your tax concerns and questions?