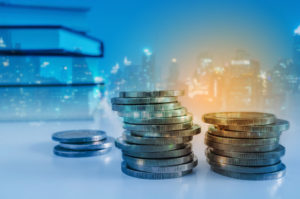 The IRS is bringing FBAR (FinCEN Report 114) enforcement suits against US citizens living abroad. The U.S. Department of Justice Tax Division recently brought suit to assess FBAR penalties of US$860,300 against a Canadian resident that is a dual-citizen of Canada and the United States. The citizen failed to report foreign bank accounts that he held in the years of 2007, 2008, and 2009. This case exemplifies how broad a “U.S. person” is defined for FBAR purposes.

The FBAR reporting requirement applies when a “U.S. person” has a financial interest in, or signature authority over, one or more foreign financial accounts with an aggregate value greater than $10,000 at any time during the reporting period (calendar year). If a report is required, certain records must also be kept. A “U.S. person” is identified as:

Important to note is that a U.S. person’s tax filing status is irrelevant in determining whether that person is required to file an FBAR.

If an expat retains his U.S. citizenship, then the expat is a U.S. person for FBAR purposes and is required to file an FBAR. A U.S. citizen expat must disclose those financial accounts they have in foreign countries, even if those assets are located in the country where the expat resides. If the expat does not file an FBAR, the expat runs the risk of the IRS assessing FBAR penalties. Streamlined Foreign Offshore Procedures exist for qualified persons who have not filed an FBAR in the past and wish to avoid potential penalties.