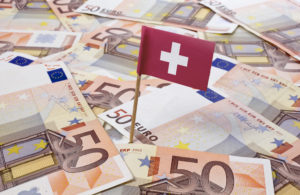 Dan Horsky, a 71-year-old retired business school professor, was sentenced to prison last week for conspiring to defraud the United States and to submit a false expatriation statement to the Internal Revenue Service. In addition to the prison term, he paid a $100 million civil penalty to resolve his FBAR penalties for failing to report the substantial offshore accounts.

According to court documents, Horsky amassed some $220 million that he kept hidden in foreign accounts. Horsky moved his investments into a nominee account in the name of “Horsky Holdings” at an offshore bank in Zurich, Switzerland. After receiving nearly $80 million from selling off shares in 2008, he failed to report more than $40 million in income from the gain on the sale. In 2012, when the foreign bank began closing accounts controlled by U.S. persons, Horsky arranged for another individual to take nominal control over his accounts. He later relinquished his U.S. citizenship, but with the help of the bank, did not report his control over the offshore accounts to the IRS. That individual later filed a false Form 8854 (Initial Annual Expatriation Statement) with the IRS that failed to disclose his net worth on the date of expatriation, failed to disclose his ownership of foreign assets, and falsely certified under penalties of perjury that he was in compliance with his tax obligations for the five preceding tax years.

The scheme to which Horsky pleaded guilty involved the filing of fraudulent federal income tax returns and a failure to file Reports of Foreign Bank Accounts (FBARs) to report his foreign financial accounts. As a condition of the plea agreement, Horsky agreed to a hefty $100,000,000 fine to resolve his civil liability for failing to file FBARs to report the account.

The case, obviously significant for the amounts at issue and the involvement of a university professor, is yet another reminder that the government remains firmly resolved to continue its offshore enforcement initiative. The Horsky probe is also significant because it involved assets held at Credit Suisse, AG. Credit Suisse pled guilty back in 2014, paying in $2.6 billion and admitting to helping thousands of Americans hide assets and evade taxes. As part of its plea deal, Credit Suisse agreed to cooperate with the U.S. government and turn over information about U.S. account holders with undisclosed accounts, as well as to cease such activities. Apparently it failed to disclose Mr. Horsky’s accounts. The fallout could result in further investigatory efforts and criminal action against the bank.