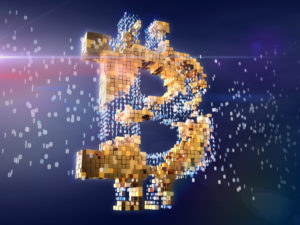 The saga continues over the IRS’s attempt to summons records from Coinbase that disclose its customers’ virtual currency activity.  The battle first began last November (see our prior blog on the topic, The IRS Believes Bitcoin Users are Evading Taxes, Tests Boundaries of John Doe Summons Procedure) when the Department of Justice filed a petition with a federal district court in the Northern District of California requesting the court’s authorization to serve a “John Doe” summons on Coinbase, Inc., a U.S.-based Bitcoin exchange.  Both before and after, the IRS has come under pressure and criticism from Congress, the GAO and Treasury with respect to its digital currency tax policies, with several Congressional members recently voicing concerns through a letter signed by the chairs of the Senate Committee on Finance and the House Committee on Ways and Means.

In 2014, the IRS issued guidance indicating that it would treat digital currencies as property for tax purposes.  (See prior blog, Bitcoin and Beyond: The Reality of Taxing and Regulating Virtual Currency).  The sparse guidance left many questions unanswered, and the IRS later came under criticism for failing to develop a more comprehensive strategy for virtual currencies.  Despite the absence of comprehensive guidance, the IRS issued a summons to Coinbase in December of last year that would have required it to turn over the records of all its American customers who engaged in transactions involving convertible virtual currency from 2013-2015—a summons that would have impacted an estimated 500,000-plus customers.  Only recently, on the heels of further criticism, has the IRS agreed to narrow the scope of the summons.

Among other things, the congressional committees noted above voiced concern that the IRS’s tactic could set a dangerous precedent for companies involved in virtual currency transactions, implying that the IRS’s efforts could stifle positive development and innovation in the industry.  Even more recently, several outside groups have joined the chorus, filing amicus briefs in support of Coinbase.  (See e.g., CEI Brief, Coin Center Brief,DCLDC Brief).  The groups largely reinforce the arguments that bitcoin and blockchain technology (the technological platform underlying bitcoin and other applications) carry the potential for significant innovation that should not be discouraged.

Indeed, as one of the amici curiae argues:

[B]itcoin and its supporting blockchain technology are revolutionary innovations that should be fostered and not discouraged through actions like the Summons. These technologies bring much needed advancements and innovations to numerous fields like finance and healthcare. There are countless compelling reasons to use bitcoins and, of course, it is not illegal to buy, sell, and hold bitcoin. Those engaging with bitcoin today are in the vanguard of a technological revolution much like those who first used e-mail in the early 1990s.

Much of the IRS’s position (that the summons is enforceable—and that it is good policy) rests on its allegation that virtual currency users are almost inherently engaged in tax evasion—or, at least, that many users are.  But Coinbase, fighting back and not sparing words, challenges that position and the government’s motivation:

This is not a case about the Government investigating tax evasion, nor has it ever been.  Indeed, if the IRS were genuinely interested in ensuring that taxpayers paid taxes on their bitcoin, the IRS would have provided additional guidance for taxpayers and worked with the industry to develop a useful and effective third-party reporting regime. Instead, the IRS, under pressure from critics in Congress, the General Accounting Office, and the Treasury Department, all of whom have called on the IRS to develop better policies, rules, data, and procedures with regard to digital currency tax reporting, decided to issue a John Doe summons to Coinbase in an attempt to show the critics that the IRS was taking “tough” action rather than continuing to ignore the issue.

The initial summons in this matter was extraordinarily overbroad, seeking the transaction records (and just about every other piece of information, including security settings) for every Coinbase account that was active in the 2013-15 period. . . .  After Coinbase refused to buckle to the Government’s overreach and the Court questioned the breadth of the original summons, the IRS announced that it would narrow its summons. Even as modified, however, the summons still seeks more than 8.9 million transaction records and a huge amount of information pertaining to more than 14,000 taxpayers, based on the thinnest reed of evidence. Buying, selling, or transferring bitcoin or other digital currency is not in any way illegal or suspicious activity, and yet the IRS seeks to treat any dealing in digital currency as evidence of tax avoidance.

This summary gives a quick glimpse into the scope of the potential ramifications that could follow from the Coinbase summons case and the vast number of American taxpayers that could be impacted by its outcome.  It will surely set precedent that will influence investigations to come.

For more on related Insights, see Bitcoin, Blockchain, and the Revolution to Come.