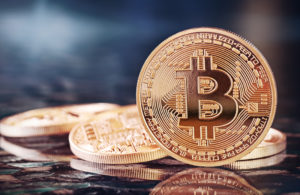 The IRS recently filed a petition with a federal district court in the Northern District of California requesting leave to serve a “John Doe” summons on Coinbase, Inc., a U.S.-based Bitcoin exchange.  The summons would require Coinbase to turn over all of its records related to every convertible virtual currency transaction from 2013-2015—that information would include the names of owners, account balances, records of activity and listings of transactions.  The scope of the request is massive, as Coinbase boasts some 4.9 million users trading in virtual currencies.  According to the filings, the IRS believes that bitcoin users are deliberately using virtual currencies to evade taxes.  Coinbase will challenge the summons.

A so-called John Doe summons can only be served after the IRS gets approval from a federal district court. The Service has the authority to issue such a summons with a district court’s ex parte blessing under 26 U.S.C. § 7609, 7602, without specifically identifying the target only if it can show that:

The John Doe summons is unique in that it does not identify the particular person or persons that the government is seeking information on.  Instead, the government identifies a person, group, or class based on their activities.

The government has heavily relied upon the procedure in recent years to investigate U.S. taxpayers’ offshore accounts.  But the use of John Doe summonses raises serious privacy and Fourth Amendment concerns. This case will provide a good test for where exactly the line may be.

See here for some of my prior entries on bitcoin taxation.