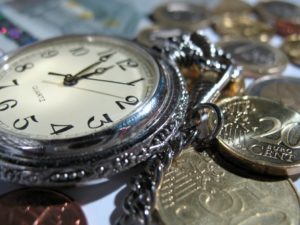 In a recent opinion, the Fifth Circuit Court of Appeals upheld an above-Guidelines sentence in a criminal tax case involving indications of currency “structuring.”  The defendant, Nguyen, was charged with aiding and assisting in the preparation of a false and fraudulent tax return.  The 36-month sentence, handed down by the lower district court, was approximately 2 years longer than the Federal Sentencing Guidelines prescribed for the crime as charged.  The court based the sentence enhancement on its conclusion that it was more likely than not that Nguyen participated in the uncharged offense of currency “structuring,” a crime that I have written about in other contexts (See, e.g., Federal Forfeiture and the Crime of “Structuring”, The Form 8300 Filing Requirement and Associated Penalties).

Nguyen owned a wholesale salon equipment business.  He was charged with aiding and assisting in the preparation of a false and fraudulent corporate tax return for that business.  Nguyen pleaded guilty and, as part of that plea, entered into an agreement with the government to forfeit over $1 million in seized funds.

IRS agents allegedly uncovered more than $4.9 million in deposits by third parties to bank accounts registered to Nugyen and/or his family members.  Those deposits had been made in a manner that appeared to involve unlawful currency structuring.  During a raid of the business, IRS investigators testified that they found $3.2 million in currency—most of it separated into $10,000 bundles.  The defendant’s bank also appeared to have previously issued a letter informing him of its obligations to file a Currency Transaction Report (CTR); and that letter seemed to hint that the bank may have issued one or more Suspicious Activity Reports (SARs), reporting the transactions to authorities.  These facts gave rise to suspicions of currency structuring.

Generally, structuring requires proof of three elements: that (1) the defendant knew of the financial institution’s legal obligation to report transactions in excess of $10,000; (2) the defendant knowingly structured (or attempted to structure, or assisted in structuring) a currency transaction; and (3) the purpose of the structured transaction was to evade that reporting obligation. Fifth Circuit Pattern Jury Instructions (Criminal Cases) § 2.104 (2015).  While the government would have been required to prove each of these elements beyond a reasonable doubt in order to establish the defendant’s guilt at trial, according to the appellate court, the district court only needed to find the elements established by a preponderance of evidence for sentencing purposes.

However, despite the potential indications of structuring noted above, the government prosecutors actually agreed with the defendant that there was insufficient evidence to prove structuring and did not seek to impose a sentence greater than called for under the Guidelines.  Nonetheless, the district court imposed a significant upward variance based upon its independent conclusion that the defendant likely engaged in currency structuring, an aggravating factor.

The recent case is notable because “structuring” is often associated with other crimes—it is thus often lurking behind the scenes when other crimes are charged.  In fact, its very existence as a crime in and of itself is largely intended to help ferret out violations of other crimes.  Often, particularly in tax cases, the exposure for the crime of structuring may greatly exceed the exposure (e.g., potential prison time) for the underlying substantive crime itself.  So prosecutors often use the threat of structuring charges as leverage to extract a plea to the substantive crime (and not the structuring crime).  As a result, the lower court’s sentence may, to some extent, decrease the viability of that prosecutorial weapon (if defendants or their attorneys have reason to believe that such plea arrangements may not fully/actually decrease a defendant’s exposure to additional prison time for the structuring offense)—a subtle policy issue that would escape many surface-level readers of the opinion.

Those charged or under investigation for tax, financial, or other white-collar crimes should seek legal counsel familiar with the crime of structuring, as well as related reporting requirements and money-laundering laws.  Freeman Law offers experienced counsel and advice on such issues.

Freeman Law represents clients in the Dallas-Fort Worth area. Our team is also skilled in legal and regulatory issues related to blockchain technology and cryptocurrency. As these areas continue to evolve, the related legal matters will meld with more traditional computer intrusion and cyber-crime issues. Freeman Law recognizes this; we are dedicated to staying at the forefront as these emerging technologies continue to revolutionize social and economic activities. In this respect, we combine our knowledge base in more traditional cyber-related litigation with a unique white-collar and accounting background—and a position as a thought leader in the evolving blockchain and cryptocurrency space—to provide a distinctive brand of cutting-edge legal representation. Schedule a consultation or call (214) 984-3410 to discuss your cybersecurity concerns.