Federal Forfeiture and the Crime of “Structuring” 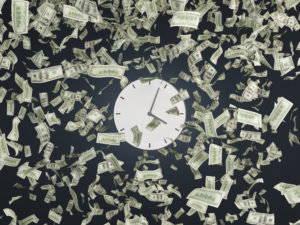 A recent government report found that most IRS seizures for alleged violations of the federal “structuring” laws involved legal source funds from businesses. This finding is at odds with the formal purpose of the IRS’s forfeiture program: to interdict criminal enterprises. And that raises serious questions about the proper role of seizures and forfeitures–in federal law enforcement generally and particularly in the context of businesses with legal source funds that may appear to have technical violations of the “structuring” laws under the Bank Secrecy Act.  It also underscores the need for business owners to understand the currency and reporting laws under the BSA.

The Treasury Inspector General for Tax Administration (“TIGTA”) initiated the audit to evaluate the IRS’s use of seizures against property owners suspected of structuring transactions to avoid Bank Secrecy Act reporting requirements. Congressional inquiries and news reports in recent years have raised serious questions about the IRS’s program over structuring-related seizures and forfeitures. Here is a summary of TIGTA’s findings:

Our review of the case documentation supporting seizures indicates that CI [IRS Criminal Investigation Division] largely pursued cases against legal source funds from business accounts and primarily relied on the pattern of banking transactions to establish that a structuring violation occurred. . . . While the law allows CI to conduct these investigations, including seizures and forfeitures of property when structured transactions are derived from legal sources, the results of this audit led us to conclude that the Asset Seizure and Forfeiture Program was not conducted in a manner consistent with its stated goal of interdicting criminal enterprises.

Those findings are rather concerning. They are perhaps even more concerning because many Americans and business owners are not even aware of the reporting obligations required by the Bank Secrecy Act. Fewer still are aware that the government does not even need to establish that the individual knew that structuring was illegal in order to establish a criminal “structuring” violation under the BSA.

Importantly, the Bank Secrecy Act also makes it a crime to “structure” a transaction in an effort to evade these reporting requirements or to attempt to cause a financial institution not to file a required report. 31 U.S.C. § 5324(a). For instance, deliberately making deposits in less than $10,001 increments or dividing cash deposits among multiple institutions may give rise to government suspicions of structuring. A violation of this structuring law can lead to steep fines, imprisonment (of up to 10 years), or both. The government can also seize and forfeit any property involved in a violation of § 5324. 31 U.S.C. § 5317(c).

Federal Rule of Criminal Procedure 41 requires probable cause before a court can issue a warrant to seize property, and in a civil forfeiture action, the government bears the burden to establish that property is subject to forfeiture. In order to prove a structuring violation, the Government must establish three elements—that a person has: (1) engaged in acts of structuring; (2) with knowledge that the financial institutions involved were legally obligated to report currency transactions in excess of $10,000; and (3) acted with the intent to evade this reporting requirement. However, very notably, the government does not have to prove willfulness or that the person was even aware that structuring is illegal. The necessary mental state can be inferred from circumstantial evidence—e.g., the mere fact that deposits were made in a certain manner.

TIGTA noted that there are a number of reasons or motives why someone may deliberately engage in structuring. One obvious “reason why people [may] structure their banking transactions,” according to TIGTA, “is to hide income from taxing authorities, such as the IRS.” However, the TIGTA report found that of the seizures studied, tax crimes were rarely actually established, and that the IRS Criminal Investigation Division had only identified tax law violations in about eight percent of seizure/forfeiture cases.

Again, these findings raise serious questions about the role of asset seizures and forfeitures in federal law enforcement. As I have discussed in prior blogs (see, e.g., Federal Asset Forfeiture), asset forfeitures raise concerns about the need to adequately protect civil liberties and to guard against any misuse of this powerful weapon–as such misuse carries the threat of eroded public confidence in law enforcement.