As published in Today’s CPA Magazine.  For a link to the article, click here.

In April of this year, a consortium of journalists released a bombshell data leak—a collection of some 11.5 million records, known as the “Panama Papers,” allegedly linking thousands of people across the globe to a web of secretive shell companies and offshore bank accounts formed through a Panamanian law firm, Mossack Fonseca. This whistleblower leak, the biggest of its kind in history, dwarfs a number of recent high-profile leaks, containing more documents than the 2010 Wikileaks Cablegate, 2013 Offshore Leaks, 2014 Luxembourg Leaks, and 2015 Swiss Leaks combined. Among those alleged to be implicated are a dozen heads of state, along with a number of high-profile business executives and celebrities. 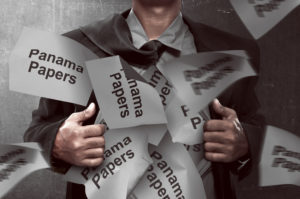 The leak was orchestrated by an anonymous whistleblower, identified only as “John Doe,” who leaked the records and database to Suddeutsche Zeitung, a German newspaper. The treasure trove of records consumes a massive 2.6 terabytes. By comparison, the Offshore Leaks (by far the biggest of those mentioned above) contained 260 gigabytes of data. The scale is enormous.

The leak has huge implications for taxing authorities across the globe. Congressional reports have estimated that the United States alone loses as much as $100 billion each year due to offshore tax abuses, and the OECD estimates that countries across the globe lose as much as $240 billion annually due to the improper use of low/no tax jurisdictions. Other estimates are even higher, and many acknowledge that these may be conservative figures given the elusive nature of measuring international tax fraud.

Not surprisingly, then, a number of countries have begun investigations into the Panama Papers, including the United States, France, Germany, Austria, Sweden and the Netherlands. Indeed, soon after the leak, the United States Attorneys Office for the Southern District of New York opened a criminal investigation, potentially implicating a number of U.S. citizens currently linked to the Papers. The extent of the fallout remains to be seen.

But perhaps most interestingly, the Panama Papers also shine a light on a somewhat surprising reality. The database reveals that many of Mossack Fonseca’s clients used shell entities formed in states like Nevada and Wyoming. It hints at a broader trend toward the use of shell entities in U.S. jurisdictions (rather than traditional tax haven countries) that have lax policies with respect to information sharing and the identification of beneficial owners of entities. This revelation (or confirmation for some) will surely prompt a closer look at U.S. policies.

The Panama Papers scandal comes amidst an OECD-led effort to implement an international standard for the exchange of tax information, the so-called Common Reporting Standard (“CRS”). In the wake of the leak, Panama, which had previously declined to commit to the automatic sharing of financial account information, announced that it was joining the more than 100 jurisdictions adopting the CRS. But what is more interesting—and what perhaps makes for a more intriguing storyline—is the fact that the United States, thus far, has chosen not to adopt the CRS.

This refusal has prompted some (who cite numerous permissive state rules for shell companies and tax reporting, as well as the 1,000-plus Nevada and Wyoming companies linked to the Panama Papers) to argue that the United States—the country that, during the last decade, launched the revolution towards global transparency and information exchange—has now become the world’s preeminent tax haven. Surprised?

Perhaps you shouldn’t be. Believe it or not, the Tax Justice Network already ranks the United States as one of the world’s top three “secrecy jurisdictions,” followed only by Switzerland and Hong Kong. It has, in fact, gone so far as to dub the United States as the “jurisdiction of greatest concern.” Even mainstream media outlets like The Economist magazine have lamented that while the United States may have “launched and led the battle against offshore tax evasion, America is now part of the problem.”

This is an interesting—and largely unintended—transformation. For the past eight-plus years, the United States (more than any other country) has aggressively pursued and prosecuted offshore tax evasion. It successfully ferreted out more than 54,000 taxpayers with undisclosed offshore assets through its Offshore Voluntary Disclosure Program, and drew out thousands more through other programs, audits, and criminal investigations. The United States also led a global movement towards transparency through the Foreign Account Tax Compliance Act (FATCA), game-changing legislation that requires other countries’ financial institutions to report accounts held by U.S. taxpayers or face a severe withholding regime. Indeed, FATCA was the basis for the OECD’s CRS, which is now poised to become the global standard for the exchange of tax information.

But again, the United States is conspicuously absent from the long list of countries committed to adopting the CRS, and some take the position that FATCA makes the CRS unnecessary. However, there are some big differences between how FATCA currently works and how the CRS would work. Under FATCA, and without further legislation, the United States currently does not reciprocate the automatic exchange of certain important information with FATCA partners, such as information about the underlying beneficial ownership of entities. Indeed, in a May 5, 2016 letter to Congress, the U.S. Treasury underscored this problem, citing the need to “ensure that the United States can live up to its end of the bargain on foreign tax reporting,” and emphasizing how “the United States does not provide its FATCA partners with the same information about U.S. financial institutions that foreign financial institutions must provide to the IRS.” There is, in other words, a one-way exchange of some important information under FATCA that creates a lack of transparency about foreigners’ U.S. holdings, making the United States a tax haven of sorts.

This lack of transparency has, indeed, encouraged a flight of capital to the United States. Of course, the United States has long encouraged foreigners to invest their capital stateside through favorable tax policies. It now appears, however, that U.S. policies are encouraging capital investment in the United States by providing less transparency to other countries than it demands from them. The influx of capital is a boon for the banking sector, and has even prompted some to proclaim that the United States is the “new Switzerland.” Overstated or not, it is a remarkable transformation that has largely been brought into focus through revelations contained in the Panama Papers.

The final fallout from the Panama Papers remains to be seen. But one of the casualties (or at least the wounded) may very well be the secrecy offered onshore by United States jurisdictions. While the biggest tax data leak in history has provided a never-before-seen glimpse into an opaque global financial system and web of offshore entities, its revelations may also prompt a fresh look at U.S. policies. It is a brave new world indeed.

This article was published in Today’s CPA Magazine. For a link to the article, click here.