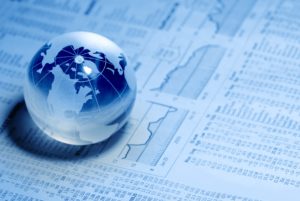 The IRS recently announced that it will officially close the Offshore Voluntary Disclosure Program (“OVDP”) in September of 2018.  Its announcement serves as a “last call” for taxpayers who have willfully failed to report foreign assets or income—a last opportunity to come forward under the terms of the OVDP, which provides for criminal amnestyand other protections.  After September 2018, the door to the OVDP will officially close.

The IRS is ending the program for two reasons: It believes that taxpayers should now be sufficiently aware of their reporting obligations with respect to foreign assets andit believes that it now has more than enough access to foreign records/information to eventually identify many taxpayers with foreign assets. According to the IRS notice, the announcement “reflects advances in third-party reporting and increased awareness of U.S. taxpayers of their offshore tax and reporting obligations.”

But while the IRS will soon shut the OVDP down, it warned taxpayers and tax professionals that it “remains actively engaged in ferreting out the identities of those with undisclosed foreign accounts with the use of information resources and increased data analytics.”  Indeed, expect to see an increasein investigations and prosecutions related to foreign assets, as well as harsher penalties. “Stopping offshore tax noncompliance,” the Service emphasized, “remains a top priority of the IRS.”

What is the OVDP?

The OVDP has been the most successful program in IRS history.  In a nutshell, it offers criminal amnestyto qualifying taxpayers in exchange for coming forward and disclosing previously unreported foreign assets or income.  Since its initial launch in 2009, more than 56,000 taxpayers have come into compliance through the program (not including the 65,000-plus taxpayers who have come into compliance through the related Streamlined Filing Compliance Procedure). All told, OVDP disclosures have resulted in payments of $11.1 billion in back taxes, interest and penalties related to previously undisclosed foreign accounts.

The Consequences of Failing to Come Forward

The IRS has warned that those who have not come forward continue to face substantial risks and exposure.  In recent years, the IRS Criminal Investigation Division has initiated indictments of more than 1,500 taxpayers on criminal violations related to international activities.  Thousands more have come under civil examination.  Billions of dollars in tax and penalty assessments have resulted from these enforcement activities.  For years, the OVDP has provided an avenue to avoid exposure to prosecution—but that opportunity is soon coming to an end.

The IRS Issues a Warning

In announcing the coming close of the OVDP, the IRS warned that “[t]he implementation of the Foreign Account Tax Compliance Act (FATCA) and the ongoing efforts of the IRS and the Department of Justice to ensure compliance by those with U.S. tax obligations have raised awareness of U.S. tax and information reporting obligations with respect to undisclosed foreign financial assets.”  In other words, it believes that taxpayers have had a sufficient chance to come forward.  The IRS’s official statement indicated that:

Taxpayers have had several years to come into compliance with U.S. tax laws under this program . . .  All along, we have been clear that we would close the program at the appropriate time, and we have reached that point. Those who still wish to come forward have time to do so.

With the close of the OVDP looming, taxpayers with undisclosed foreign assets may have a short window of opportunity left to come into compliance under current IRS programs.