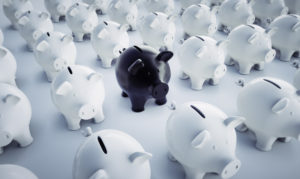 A recent ruling by a federal Texas district court serves as yet another reminder of the exposure that business owners face when it comes to personal liability for the unmet payroll taxes of their businesses.  In McClendon v. United States, the district court recently held a doctor-taxpayer/business owner personally responsible for $4.3 million of the business’s outstanding payroll taxes, upholding the IRS’s prior trust fund tax assessment.  The assessment of the penalty was largely based upon the doctor’s personal loans made to the business in order to allow it to make payroll after he learned of the business’s outstanding liabilities.

The facts of the case are straightforward:  The doctor-taxpayer, Dr. McClendon, owned and operated Family Practice, a medical-services provider. By the year 2009, Family Practice owed the IRS more than $10 million in unpaid payroll and withholding taxes—a fact that Dr. McClendon did not learn until later in 2009.  The company’s former CFO had pleaded guilty for embezzling substantial funds from Family Practice.  His embezzlement and cover up was apparently related to the mounting outstanding taxes.  With the business facing substantial outstanding payroll taxes, Dr. McClendon made a substantial personal loan to Family Practice “for the restricted purpose of … using the funds to pay the May 15, 2009 payroll.”  The business used that loan to pay its employees.

The Trust Fund Penalty: The Internal Revenue Code requires employers to withhold their employees’ share of federal social security and income taxes from the employees’ wages.  26 U.S.C. §§ 3102 and 3402. The employer holds these funds “in trust” for the United States; they are thus referred to as “trust fund” taxes. 26 U.S.C. § 7501(a). To ensure that the taxes are remitted to the government, 26 U.S.C. § 6672(a) imposes a penalty equal to the entire amount of any such unpaid “trust fund” taxes against any “responsible person”:

Any person required to collect, truthfully account for, and pay over any tax imposed by this title who willfully fails to collect such tax, or truthfully account for and pay over such tax, or willfully attempts in any manner to evade or defeat any such tax or the payment thereof, shall, in addition to other penalties provided by law, be liable to a penalty equal to the total amount of the tax evaded, or not collected, or not accounted for and paid over ….

Thus, liability for the penalty is established if a person is a “responsible person” who “willfully” failed to pay over the withheld taxes. Turnbull v. United States, 929 F.2d 173, 178 (5th Cir. 1991).  Notably, the IRS takes the position that a responsible person can be an owner, director, officer, employee, creditor, bookkeeper or any other person who has a sufficient relationship to the business and/or the payment of its taxes to give rise to such status.

In McClendon, the taxpayer conceded his responsible person status; the only issue was whether he willfully failed to collect, account for, or pay taxes that Family Practice owed to the IRS.

A major issue in the case was the doctor’s personal loan and the business’s use of those funds to make payroll (but not to pay the outstanding trust fund taxes).  Under the law, the IRS takes the position that a responsible person has a duty to ensure that a taxpayer’s unencumbered funds are used to pay back taxes it owes the IRS, rather than to pay other creditors. The government contends that “[a] considered decision not to fulfill one’s obligation to pay the taxes owed, evidenced by payments made to other creditors in the knowledge that the taxes are due, is all that is required” to invoke the trust fund penalty.  Mazo v. United States, 591 F.2d 1151, 1155 (5th Cir. 1979). The government further contends that the payment of wages to employees constitutes a payment to a creditor for purposes of this principle. Logal v. United States, 195 F.3d 229, 232 (5th Cir. 1999). In other words, it is the government’s position that “[i]f a responsible person knows that withholding taxes are delinquent, and uses corporate funds to pay other expenses, even to meet the payroll out of personal funds he lends the corporation,” that person has acted willfully within the meaning of the statute. Phillips v. U.S. I.R.S., 73 F.3d 939, 942 (9th Cir. 1996) (emphasis added).

It was against this background law and reasoning that the IRS assessed the trust fund recovery penalty at issue in McClendon.  The court, accepting the IRS’s arguments, granted summary judgment against the taxpayer, finding him liable for the trust fund penalty.  A snippet of its relevant analysis follows:

Dr. McClendon testified that his purpose in lending the money was to provide money that Family Practice could use to pay certain creditors (its employees) on a preferential basis, rather than paying the government. (Docket Entry No. 24-3, Ex. 2 at 7). The funds were not “encumbered” in the relevant sense, and Dr. McClendon’s argument [in defense] fails.

For other posts on the Trust Fund Penalty and employment taxes, see: