Coinbase: The Government Strikes Back, Again 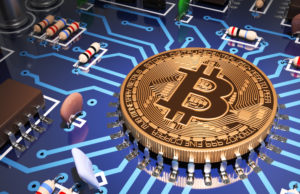 Last week, the Department of Justice filed new arguments in United States v. Coinbase, responding to an unnamed intervenor (a “John Doe”) who is challenging the government’s effort to obtain records of Bitcoin and other virtual currency transactions.  The Coinbase case involves an effort by the IRS to enforce a “John Doe” summons that would require Coinbase (a virtual currency exchange) to turn over records of American customers dealing in Bitcoin and other virtual currencies.  The IRS believes that thousands (perhaps hundreds of thousands) of Bitcoin users are not reporting their transactions.  As our readers are aware, we have covered the ongoing Coinbase saga in several prior posts.  See, for example, Virtual Currency and Taxes: The IRS’s Ongoing Battle to Summons Virtual Currency Records; The IRS Believes Bitcoin Users are Evading Taxes, Tests Boundaries of John Doe Summons Procedure.

The government filing, citing “the Court’s previous finding that there is a reasonable basis for believing that U.S. taxpayers who transacted in virtual currency between 2013 through 2015 failed or may have failed to comply with any provision of the internal revenue laws,” urged the court to disregard the intervenor’s arguments and to enforce the summons.  In doing so, the government reinforced the important role that John Doe summonses have historically played in tax enforcement, comparing their use in the virtual currency space to other contexts in which courts have previously sanctioned their use:

With respect to scope, John Doe summonses have long been used as a vital tool to assist the IRS in ensuring that all taxpayers, not just those who are already subject to third party reporting requirements, pay their fair share of taxes. Since Congress codified the IRS’s power to issue John Doe summonses in 1976, courts have approved the service, and when necessary the enforcement, of hundreds of John Doe summonses in a broad range of situations, including those involving users of barter exchanges, holders of offshore bank accounts, tipped employees, and earners of interest income not required to be reported by third parties.

The government’s arguments draw particular parallels to its efforts in recent years to ferret out unreported foreign bank accounts.  As many readers will recall, the 2008/2009 events with Swiss banking giant, UBS, began with a John Doe summons.  Those events ultimately led to the Offshore Voluntary Disclosure Program, which (along with the Streamlined Compliance Procedure) has seen nearly 100,000 taxpayers come forward and report previously-unreported foreign bank accounts.  As the government argues in its brief:

[T]he important effect of these summonses on taxpayers’ self-reporting must not be overlooked. Following the IRS’s issuance of previous John Doe summonses that gave the IRS some visibility into areas that had lacked third party reporting, tens of thousands of taxpayers have voluntarily, if belatedly, reported and paid over $ 10 billion in taxes, penalties, and interest. Intervenor would have the Court remove the IRS’s ability to discover past non-compliant taxpayers in the virtual currency space, as well as its ability to foster more self-reporting in this space going forward . . . .

Analogies to the Offshore Tax Context

Below is a more extensive excerpt of the government’s brief, which draws analogies to the foreign account context, arguing in favor of enforcement of the summons:

The John Doe summons has been a vital enforcement tool in the fight against tax non-compliance through the use of offshore banks. And contrary to Intervenor’s suggestion that the summons in this case is somehow uniquely overbroad for requesting data for thousands of account holders, courts have routinely sanctioned the use of much broader John Doe summonses through which the IRS has obtained the records of millions of account holders.

For example, as part of the IRS’s Offshore Credit Card Project, the IRS issued a total of 149 John Doe summonses to request information from domestic credit card companies, merchants, and third party credit card processors. Through the use of these John Doe summonses, the IRS has received information on more than 100 million transactions and identified tens of thousands of taxpayers as non-compliant.

Another example involves John Doe summonses issued as part of the IRS’s Offshore Private Banking Initiative. Although it is not inherently illegal to utilize offshore private banking, there is also the obvious potential for tax non-compliance, and so the IRS has issued John Doe summonses to offshore banks with United States branches, or, if no such branches exist, to United States banks who serve as correspondent banks for the offshore banks, in order to determine whether their customers have been properly reporting their tax liability.  One representative summons was to UBS AG Switzerland, a Swiss bank with a major presence in the United States.  As a result of the summons to UBS, along with a petition to enforce that summons, UBS eventually turned over to the IRS information on approximately 10,000 UBS customers, along with detailed records of account opening records, “know your customer” records, correspondence, transaction history, etc.  Numerous other such summonses, all approved by a district court, were issued to obtain account information for customers of foreign banks.  Among other data received from these summonses are millions of records of wire transfer transaction activity.  The IRS has been reviewing such data, identifying United States taxpayers, identifying non-compliant taxpayers for examination, and for taxpayers who are already under examination, sending the data to the revenue agent conducting the examination of that taxpayer.

Perhaps an equally important aspect of the IRS’s use of these John Doe summonses, a vitally important aspect in the case of digital currencies, is the effect that such summonses have on voluntary compliance. As the Supreme Court recognized in Bisceglia, when it sanctioned the IRS’s John Doe summons power, “our tax structure is based on a system of self-reporting,” and although John Doe summons “investigations unquestionably involve some invasion of privacy, they are essential to our self-reporting system.” United States v. Bisceglia, 420 U.S. 141, 146 (1975). As a result of the John Doe summons activity in the area of offshore tax avoidance, the IRS has offered and continued its offshore voluntary disclosure programs, offering four in total, the 2003 Offshore Voluntary Compliance Initiative (2003 OVCI), the 2009 Offshore Voluntary Disclosure Program (2009 OVDP), the 2011 Offshore Voluntary Disclosure Initiative (2011 OVDI), and the 2012 Offshore Voluntary Disclosure Program (2012 OVDP). Approximately 1,300 taxpayers disclosed under the 2003 OVCI, admitting to evading taxes on over 3,700 tax returns, and paying over to the Treasury approximately $ 270 million in tax, penalties, and interest. The 2009 OVDP, 2011 OVDI, 2012 OVDP programs have resulted in more than 55,800 voluntary disclosures from individuals who have paid approximately $ 9.9 billion in back taxes, interest and penalties.  Additionally, 48,000 taxpayers have taken advantage of the IRS’s Streamlined Filing Compliance Procedures, which is an avenue for taxpayers residing both inside and outside the United States to come into compliance. Such submissions resulted in the collection of $ 450 million in tax.

The government’s efforts to ferret out unreported Bitcoin and other virtual currency transactions have come straight from the very same playbook that led to so much success cracking down on offshore accounts.  Many of the lessons learned in the offshore tax context will prove directly applicable in the virtual currency context as well.

Stay tuned for more as we continue to follow developments in the Coinbase saga.