A Brief on the New Final Regulations For Shareholders of PFICs 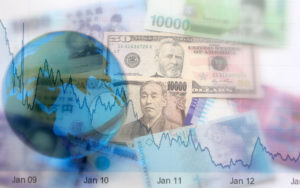 The IRS recently issued final regulations that will affect United States persons that own interests in PFICs, and certain United States shareholders of foreign corporations.  The new regulations provide guidance on determining ownership of a passive foreign investment company (PFIC) and on certain annual reporting requirements for shareholders of PFICs to file Form 8621, ‘‘Information Return by a Shareholder of a Passive Foreign Investment Company or Qualified Electing Fund.’’ In addition, the final regulations provide guidance on an exception to the requirement for certain shareholders of foreign corporations to file Form 5471, ‘‘Information Return of U.S. Persons with Respect to Certain Foreign Corporations.’’ A brief summary of the new provisions follows:

The final regulations modify the definition of shareholder in § 1.1291–1 as announced in Notice 2014–28. Under new § 1.1291–1(e)(2), a United States person is not treated as a shareholder of a PFIC to the extent the person owns PFIC stock through a tax-exempt organization or account described in § 1.1298–1(c)(1).  For example, the preamble specifically recognizes that applying the PFIC rules to a United States person that owns stock of a PFIC through an individual retirement account (IRA) described in section 408(a) would be inconsistent with the principle of deferred taxation provided by IRAs.

Indirect Shareholder as a Result of Attribution Through a Domestic Corporation

The final regulations provide a final rule in § 1.1298–1(c)(6) that exempts a domestic partnership from section 1298(f) reporting with respect to an interest in a PFIC for a taxable year when none of its direct or indirect partners are required to file Form 8621 with respect to the PFIC interest under section 1298(f) and the governing regulations because the partners are not subject to the PFIC rules.

Exception for PFIC Stock Held Through Certain Foreign Pension Funds That Are Covered by a U.S. Income Tax Treaty

The final regulations revise the treaty-based exception for PFIC stock held by a United States person through certain foreign pension funds under § 1.1298–1T(b)(3)(ii) to eliminate the requirement that the foreign pension fund be treated as a foreign trust under section 7701(a)(31)(B). The final rule, which is renumbered § 1.1298–1(c)(4), clarifies that a foreign pension fund (or equivalent) covered by this exception may be any type of arrangement, including but not limited to, one of the arrangements listed in § 1.1298–1(c)(4). The final rule also applies in the case of an income tax treaty that provides the relevant benefit by election (or other procedure), such as under paragraph 7 of Article 18 of the U.S.-Canada income tax treaty, to the extent that the election is in effect (or other procedure properly satisfied).

The final regulations add § 1.1298– 1(c)(8) to provide an exception from reporting under section 1298(f) for a taxable year in which the individual is a bona fide resident of Guam, the Northern Mariana Islands, or the United States Virgin Islands and is not required to file a U.S. income tax return.

The final regulations essentially left alone the rule under § 1.1298–1T(c)(2)(i), which provides that a shareholder generally is not required to file Form 8621 with respect to a section 1291 fund when the shareholder is not treated as receiving an excess distribution (or recognizing gain treated as an excess distribution) with respect to the section 1291 fund stock, and, as of the last day of the shareholder’s taxable year, either the value of all PFIC stock considered owned by the shareholder is $25,000 (or $50,000 for shareholders that file a joint return) or less, or, if the stock of the section 1291 fund is owned indirectly, the value of the indirectly owned stock is $5,000 or less. Stock in a PFIC that is indirectly owned through another PFIC or United States person that is a shareholder of the PFIC is not taken into account in determining if the $25,000 (or $50,000 for joint returns) threshold is met.

IRS Form 3520 &#8211; Reporting Transactions with Foreign Trusts and the Receipt of Foreign Gifts