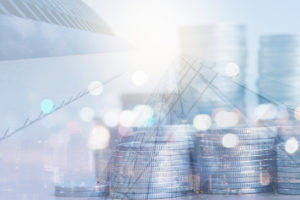 Filers that transact with multiple foreign trusts must provide a separate Form 3520 for each foreign trust. The form must be filed on the 15th day of the 4th month following the end of the filer’s tax year; however, filers who live and do business outside of the U.S. and Puerto Rico, and military or naval personnel stationed outside of the U.S. and Puerto Rico, have an extra 2 months to file. Spouses can file a joint Form 3520 with a joint income tax return if the spouses received property or money from the same foreign trust.

The penalty for failure to timely file Form 3520 is 35% of the gross value of the property or distribution exchanged, 5% of the gross value of the foreign trust’s assets, or $10,000—whichever is greatest. Failure to rectify the deficiency within 90 days of notice by the IRS will result in additional penalties of an undefined amount. If the failure to comply was the result of reasonable cause, not willful neglect, then there will be no penalty.

There are seven exceptions to this reporting requirement:

For other posts summarizing IRS foreign reporting forms, check out our prior posts on Form 5471 and Form 5472.

Everything That You Need To Know About International Tax Penalties

Form 3520-A, Information Return of Foreign Trusts With a U.S. Owner

The FBAR (Report of Foreign Bank and Financial Accounts): Everything You Need to Know

Why (Nearly) Every Partnership Agreement Should be Amended

Need help with tax issues? Contact us as soon as possible to discuss your rights and the ways we can assist in your defense. We handle all types of cases, including complex international & offshore tax compliance.  Schedule a Consultation today!