Bitcoin Forensics – The Facade of Anonymity 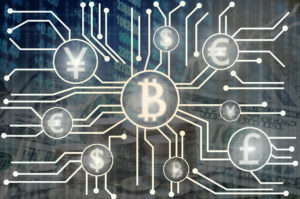 Bitcoin and other virtual currencies are often thought to provide anonymity, allowing parties to move funds across the globe virtually without revealing their identity.  But that’s not exactly how it works.  Contrary to popular belief, Bitcoin is not anonymous; it is pseudonymous—and there’s a difference.  All Bitcoin transactions are linked to an address on a publicly-accessible Blockchain, a ledger of all Bitcoin transactions.  Information linking individual users to that Blockchain address—information that often exists with virtual currency exchanges, as well as in less obvious places like internet fora and the dark web—can break the façade of anonymity.

The IRS and Bitcoin Anonymity

The IRS recently reported that only 802 people declared tax on Bitcoin transactions in 2015.  But the price of Bitcoin—which is treated as property for federal tax purposes (see Bitcoin and Beyond: The Reality of Taxing and Regulating Virtual Currency)—soared during that year, and there were millions of Bitcoin-based transactions.  So that 802-figure, if accurate, seems to imply that there are many, many unreported Bitcoin transactions.  And not surprisingly, the government wants to know more about those transactions.

The IRS has been locked in a legal battle on this front with Coinbase—a convertible virtual currency exchange—in an effort to summons records of its customers who engaged in Bitcoin transactions.  For more on this, see The IRS Believes Bitcoin Users are Evading Taxes, Tests Boundaries of John Doe Summons Procedure; Virtual Currency and Taxes: The IRS’s Ongoing Battle to Summons Virtual Currency Records.  This effort may be a sign of trends to come, and the government is exploring other avenues as well.

Now, the IRS has introduced a new weapon: forensic software that analyzes the Bitcoin Blockchain.  (Truth be told, the IRS has been employing this software for a while now, though it has only recently come to light.)  The IRS has partnered with private companies like Chainalysis, which provides anti-money laundering software that utilizes data from the dark web and other sources (like web fora and Mt. Gox deposit and withdrawal information) to track Bitcoin transactions and to identify the owners of digital “wallets” used to store Bitcoins.  This particular company claims to have information on nearly 50 percent of Bitcoin activity—information that can be used to tie the public key pseudonym/Blockchain address for Bitcoin transactions to real world user’s identities.

The IRS has indicated that it is using the forensic software to “trace the movement of money through the bitcoin economy,” explaining that:

This is necessary to identify and obtain evidence on individuals using bitcoin to either launder money or conceal income as part of tax fraud or other Federal crimes.

Right or wrong, this kind of language indicates just how suspicious the IRS remains about Bitcoin and other virtual currencies.  Its efforts to crack down on unreported Bitcoin transactions and put a dent in the facade of Bitcoin anonymity are not likely to change anytime soon.  Taxpayers with unreported Bitcoin transactions should consider seeking legal counsel regarding the potential civil and criminal implications of unreported transactions, and may want to consider a voluntary disclosure or other alternatives to proactively minimize or even eliminate their exposure.