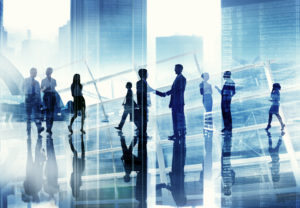 The Bipartisan Budget Act of 2015 (“BBA”) was enacted into law on November 2, 2015.  Section 1101 of that act repeals the current TEFRA and Electing Large Partnership rules governing partnership audits and replaces them with a new centralized partnership audit regime that, in general, assesses and collects tax at the partnership level.

On January 19, 2017, the Treasury released proposed regulations implementing the new rules.  However, those proposed regulations were never officially published in the Federal Registrar due to a regulatory freeze imposed by the Trump administration, and as a result their status remains a bit unclear.  Regardless of their status, however, the new audit regime will generally go into effect for the 2018 tax year, and partnerships will have to address the new rules.  (See Why Nearly Every Partnership Agreement Should be Amended; The Evolution of Partnerships and Partnership Audits; Major Changes are in Store for the Partnership Audit Rules).

These “proposed” regulations provide rules and guidance for partnerships subject to the new regime.  Those rules include procedures for electing out of the centralized partnership audit regime, filing administrative adjustment requests, and the determination of amounts owed by the partnership or its partners from partnership examination adjustments, as well as rules covering the designation of a partnership representative.

The proposed regulations and the new rules are designed to avoid the numerous conflicts that have come up over the years over what constitutes a “partnership item” or “affected item” and to avoid the challenges inherent in the TEFRA framework for ultimately making computational adjustments to flow taxes through to ultimate partners.  Thus, the proposed regulations provide that the centralized partnership audit regime covers any adjustment to items of income, gain, loss, deduction, or credit of a partnership and any partner’s distributive share of those adjusted items.  The proposed regulations also provide that the applicability of any penalty, addition to tax, or additional amount which relates to an adjustment to any such item or share is also determined at the partnership level.  Proposed §301.6221(a)-1(a).

The combination of the scope of the new rules and the requirement to raise defenses at the partnership level could lead to inequitable results for some partners and partnerships.  Some partners may, for instance, have viable defenses to certain items, while others may not.  Those partners with viable defenses will be required to rely on the designated partnership representative, who may be faced with competing obligations or interests and who may not be incentivized to present such defenses.  As one can see, the potential for conflict is ripe.

Why (Nearly) Every Partnership Agreement Should be Amended