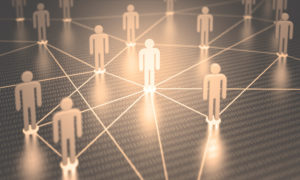 Major changes are on the way for the partnership tax audit rules.  The Bipartisan Budget Act of 2015 (the “BBA”), which will apply “to returns filed for partnership taxable years beginning after December 31, 2017,” is replacing the existing partnership audit framework with a new “streamlined” audit regime that is designed to allow the IRS to more easily audit partnerships.  Much like its predecessor, the new regime marks an evolution  in the approach to partnership audits that has been driven by changes in the use, structure, and prevalence of partnerships, as well as the difficulties of auditing them.

The Evolution of Partnerships and the Struggle to Audit Them

The IRS has long struggled to efficiently audit partnerships—especially large partnerships.  And there are many reasons why.  The complexities of Subchapter K are one obvious factor, as is the increase in the number of sophisticated, multi-tiered partnership structures.  The current “TEFRA” partnership audit rules have also played a major role in the struggle to effectively audit partnerships.

Partnership audits are extremely resource intensive and complicated.  Statistically speaking, they do not provide the Service with a particularly good return on investment.  As a result, the IRS does not conduct many of them.  In fact, TEFRA partnership audits account for only about one percent of the audits completed by the IRS’s LB&I and SB/SE divisions (although they use up a substantially greater percentage of their resources).

Perhaps it should come as no surprise, then, that taxpayers have increasingly shifted away from the C corporation form in favor of pass-through entities, such as partnerships.  Between 2002 and 2012, for example, the number of businesses organized as partnerships increased from about 2.2 million to 3.4 million—a 55-percent jump.  At the same time, the number of C corporations decreased from 1.9 million to 1.6 million.  This shift has been prompted by a number of factors, including the rise of the limited liability company form, the check-the-box regulations, and the repeal of the General Utilities doctrine.

As this data indicates, partnerships are at the center of an increasing amount of economic activity and income.  To that point, there are currently over $24 trillion of assets held in US partnerships, and those partnerships are generating over $765 billion of net income annually. This economic reality has made the difficulty of auditing partnerships a very pressing policy issue, particularly in light of the growing number of large partnerships, which historically have posed the most significant challenges.

The Evolution of the Partnership Audit Rules

The current partnership audit framework was largely enacted as part of the Tax Equity and Fiscal Responsibility Act of 1982 (“TEFRA”).  TEFRA was designed to combat the rise in the use of syndicated partnerships (primarily limited partnerships) that were being marketed to large numbers of taxpayers in the 1970s and 1980s as tax shelters.

Prior to TEFRA, the IRS was particularly ill-equipped to combat these syndicated partnerships.  At that time, it was required to individually audit each partner of a partnership separately, rather than simply auditing the partnership directly and then passing the audit results on to its partners.  This led to enormous inefficiencies, duplications of effort, and inequities among partners.  With the growth in the number and types of partnerships that took place in the years before TEFRA’s enactment, one can easily see how this proved to be an unwieldy system.

The TEFRA partnership procedures were introduced to address those challenges by allowing the IRS to largely audit partners and partnerships at the entity level through a “unified” audit proceeding.  Under TEFRA, adjustments made at the entity-level then “flow through” to each partner.  Where the adjustments result in an assessment, each partner is then assessed individually.  It turns out, however, that while this system works well in theory, it often turns into a quagmire in practice, particularly where the IRS has to manually make “flow through” assessments to large numbers of partners.  Indeed, in many instances where the IRS has actually made partnership adjustments through TEFRA, it has left millions of dollars on the table because it failed to make the “flow through” assessments to the partners in a timely manner.

Enter the BBA, which brings a new audit philosophy that will replace the TEFRA framework.  The BBA is designed to make it much easier for the IRS to audit partnerships, especially large partnerships, and to assess any resulting tax.  As a general rule, under the BBA, the IRS will audit partnerships at the partnership level.  But rather than being required to then track down individual partners and assess them, under the BBA the IRS will be able to simply assess the partnership itself.  In other words, the BBA generally imposes entity-level liability, a concept that is somewhat at odds with the conduit treatment traditionally envisioned under Subchapter K.

While the BBA generally imposes the new rules on all partnerships, certain partnerships may qualify to elect out of the new regime.  A partnership may qualify to elect out of the regime if it has 100 or fewer partners, but only if those partners are individuals, C corporations, a foreign entity that would be treated as a C corporation if it were domestic, S corporations, or estates of deceased partners.  So, for example, if a partnership has another partnership as a partner, it will not be eligible to elect out.  But where an eligible partnership does properly elect out of the new regime, the Service will be required to audit at the partner level.  In a sense, this will bring the rules applicable to many such entities full circle to where they were before TEFRA and will create two distinct audit regimes.  In many ways, this will exacerbate current challenges, not solve them.

The Evolution to Come

As originally published in Today’s CPA Magazine, The Evolution of Partnerships and Partnership Audits, by Jason B. Freeman.  Click here for a link.