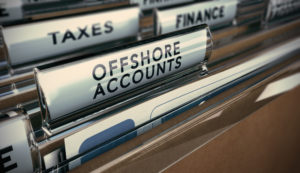 The IRS has announced updated statistics for its two primary offshore compliance programs: The Offshore Voluntary Disclosure Program and the Streamlined Filing Compliance Procedures.  And the new data tells an interesting story.  All told, some 55,800 taxpayers have now come into the OVDP, paying in more than $9.9 billion in taxes, interest and penalties since the 2009 version of the program was first announced.  In addition, some 48,000 have come forward under the Streamlined Filing Procedures, which were first announced in 2012 (although the vast majority of these have come in under the streamlined procedures as modified in mid-2014).  This group of taxpayers paid in about $450 million.

These numbers are rather astounding.  However, what jumps out to me as particularly interesting is the year-over-year comparison in the figures.  Last year at this time, the IRS issued statistics indicating that 54,000 taxpayers had come in under the OVDP.  That means there’s only been an additional 1,800 OVDP’ers in the past year.  Also interesting, last year at this time just over 30,000 taxpayers had come in under the Streamlined Procedure.  That means another 18,000 taxpayers have come forward through this program in the past year.  This confirms what many practitioners were likely seeing anecdotally—that OVDP entries are slowing and taxpayers are tending toward streamlined submissions.

These figures may also indicate that a fair number of taxpayers are using the Streamlined Compliance Procedure who do not really qualify for that procedure.  Remember, to properly qualify, a taxpayer must be able to certify under penalty of perjury that their past filing deficiencies were not willful.  (With the OVDP, a taxpayer qualifies even if their deficiencies were willful.)  For many, that is a difficult hurdle.  Taxpayers who are aggressively seeking streamlined filings may find that in the future the Service turns to mining its database of filings for “false certifiers”—such taxpayers may face criminal exposure for false certifications.  The statics may also prompt the Service to consider whether it will keep the Streamlined Procedures in place.  The fact is that while the Streamlined Procedures are more popular (of course they are! they’re less costly after all), voluntary disclosures through the OVDP are more lucrative for the Service.  The Streamlined Procedures, in other words, seem to be steering some taxpayers away from the OVDP—and that may be costing the Service dollars.

Here are some relevant excerpts from the recent announcement:

Updated data shows 55,800 taxpayers have come into the Offshore Voluntary Disclosure Program (OVDP) to resolve their tax obligations, paying more than $9.9 billion in taxes, interest and penalties since 2009. In addition, another 48,000 taxpayers have made use of separate streamlined procedures to correct prior non-willful omissions and meet their federal tax obligations, paying approximately $450 million in taxes, interest and penalties.

“The IRS has passed several major milestones in our offshore efforts, collecting a combined $10 billion with 100,000 taxpayers coming back into compliance,” said IRS Commissioner John Koskinen. “As we continue to receive more information on foreign accounts, people’s ability to avoid detection becomes harder and harder. The IRS continues to urge those people with international tax issues to come forward to meet their tax obligations.”

Under the Foreign Account Tax Compliance Act (FATCA) and the network of inter-governmental agreements (IGAs) between the U.S. and partner jurisdictions, automatic third-party account reporting has entered its second year. More information also continues to come to the IRS as a result of the Department of Justice’s Swiss Bank Program. As part of a series on non-prosecution agreements, the participating banks continue to provide information on potential non-compliance by U.S. taxpayers.

OVDP offers taxpayers with undisclosed income from foreign financial accounts and assets an opportunity to get current with their tax returns and information reporting obligations. The program encourages taxpayers to voluntarily disclose foreign financial accounts and assets now rather than risk detection by the IRS at a later date and face more severe penalties and possible criminal prosecution.

The IRS developed the Streamlined Filing Compliance Procedures to accommodate taxpayers with non-willful compliance issues. Submissions have been made by taxpayers residing in the U.S. and from those residing in countries around the globe. The streamlined procedures have resulted in the submission of more than 96,000 delinquent and amended income tax returns from the 48,000 taxpayers using these procedures. A separate process exists for those taxpayers who have paid their income taxes but omitted certain other information returns, such as the Report of Foreign Bank and Financial Accounts (FBAR).