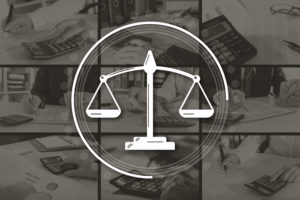 The IRS has maintained a voluntary-disclosure policy for years, whereby taxpayers can voluntarily disclose instances of noncompliance with the tax laws. The IRS’s voluntary disclosure practices allows many non-compliant taxpayers to effectively avoid criminal prosecution and limit civil penalty exposure. But there is one important caveat: The taxpayer must self-disclose non-compliance before the IRS learns of the noncompliance, regardless of the source of the information.

In March 2009, just following the non-prosecution agreement between the U.S. and Swiss Bank UBS AG, the IRS instituted the offshore voluntary disclosure program. The program was specifically created for taxpayers with secret foreign bank accounts and other types of offshore financial assets. Participating taxpayers were required to file six years of amended tax returns and to pay all back taxes, interest, and a “miscellaneous” offshore penalty calculated at 20 percent of the aggregate highest balance of undisclosed offshore financial assets. The IRS subsequently announced various modifications to the Offshore Voluntary Disclosure Program (the “OVDP”) in 2011, 2012, and 2014, with the primary change each time consisting of an elevation of the penalty rate, which ultimately reached 27.5 percent in the 2014 iteration. In addition, under certain circumstances, the miscellaneous penalty could be increased to 50 percent if the taxpayer maintained an account at a financial institution, or did business with an offshore service provider, identified on an enumerated list created by the IRS.

The program limited exposure to criminal action and/or civil penalties due to a willful failure to report foreign financial assets and pay all tax due. Taxpayers with unfiled returns or unreported income who had no exposure to criminal liability or substantial civil penalties due to willful noncompliance could come into compliance using other options, including the Streamlined Filing Compliance Procedures, the delinquent FBAR submission procedures, or the delinquent international information return submission procedures.

The program was wildly successful, with more than 56,000 taxpayers successfully completing the program and paying in more than $11.1 billion in back taxes, penalties, and interest.[1] In addition, more than 65,000 taxpayers took advantage of the Streamlined Filing Compliance Procedures, an alternative disclosure program for taxpayers whose conduct was non-willful.[2] The offshore voluntary disclosure program and the Streamlined program were perhaps the most successful programs ever offered by the IRS.  Although, the OVDP’s success slowed to only 600 disclosures in the year preceding the closure of the program on September 28, 2018.[3]

The IRS announced the new disclosure program taking its place by issuing a five-page memo on November 20, 2018.  The procedures under this new program apply not only to offshore disclosures but also domestic disclosures.[4]  The program still provides protection from criminal referrals, but the preclearance process, case process, and civil penalty structure have all changed.

First, the IRS now requires the submission of Part I of Form 14457 for all taxpayers wishing to enter the new program to determine eligibility.[5]  The eligibility requirements have not changed.  If the taxpayer qualifies, the taxpayer will then receive a preclearance letter from CI.  Once the taxpayer receives this letter, the taxpayer will then need to submit Part II of Form 14457, which includes an estimation of unpaid taxes and aggregate account balances along with, among other items, a narrative statement of the facts related to the noncompliance, including assets, entities, related parties, and any professional advisors involved in the noncompliance.  The IRS will then notify the taxpayer about acceptance into the program by letter and send the case for civil processing.  Every taxpayer in the program will be audited, starting with the most recent disclosure year, and the audit will follow all standard audit rules.  Most audits will cover a six-year period, which means that participating taxpayers will be required to file corrected tax returns for the most recent six-year period, even if their tax noncompliance covered a greater period of time.   Importantly, however, auditors can now expand the disclosure period to cover additional years, including all years of noncompliance, if the taxpayer refuses to resolve the audit by agreement.

One of the biggest changes to the program is the IRS’s stance on taxpayer cooperation during the audit.  Under the old program, the taxpayer cooperated by making a full disclosure of all offshore assets; agreeing to extend the applicable statutes of limitations; and fully paying all back taxes, interest, and penalties, or making payment arrangements.  Under the new program, taxpayer cooperation has a direct effect on the magnitude of penalties the IRS will impose on the taxpayer.  Specifically, the IRS expects the taxpayer to consent to all adjustments that result from the audit, and not to exercise their legal rights to contest audit adjustments and seek review by IRS Appeals.  Refusal to cooperate with IRS by disputing audit adjustments or using the right to appeal (appeal rights are discussed further below) results in a possible “assert[ion] [of the] maximum penalties under the law with the approval of management.”  The agent can also extend the audit period indefinitely to cover the period of noncompliance.  Further, if the taxpayer does not cooperate, the agent can request that the IRS Criminal Investigation Division revoke acceptance into the program—thereby removing the protection from criminal exposure.

As stated above, the taxpayer’s failure to cooperate can lead to the maximum penalties allowed by law.  Cooperative taxpayers, however, receive penalty exposure mitigation, but the framework differs from the old program.  Specifically, the civil penalty under § 6663 for fraud or the civil penalty under § 6651(f) for the fraudulent failure to file income tax returns will apply to the one tax year with the highest tax liability. If the taxpayer fails to cooperate or agree to adjustments, or if the facts and circumstances so dictate, the IRS may apply the civil fraud penalty to more than one year in the six-year scope (up to all six years).  The IRS may assert the civil fraud penalty even beyond six years if the taxpayer fails to cooperate and resolve the examination by agreement. The new program does allow the taxpayer to request that accuracy-related penalties under § 6662 be applied instead of civil fraud penalties, but the procedure lists granting such requests only in “exceptional circumstances.”[6] The IRS will also issue a civil fraud FBAR penalty unless the taxpayer presents convincing evidence to justify why the penalty should not be imposed.

Willful FBAR penalties will also be asserted in accordance with existing IRS penalty guidelines contained in the Internal Revenue Manual, which include mitigation guidelines permitting the reduction of FBAR penalties if certain criteria are met. Taxpayers may request that the IRS impose non-willful FBAR penalties, but granting such requests is expected to be exceptional, and taxpayers must present convincing evidence to justify lower penalties.

Thankfully, the new program provides that penalties for failure to file information returns will not be automatically imposed. These penalties can be highly significant if the noncompliance covers multiple years.  The procedures further provide that the auditor should exercise discretion on information return penalties, taking into account taxpayer cooperation and other penalties.

Other types of penalties, such as employment tax penalties will be handled based upon the facts and circumstances.

As mentioned above, under the new program, taxpayers now theoretically have the right to request an appeal with the IRS office of appeals.  Practically though, the IRS appears to take the position that if the taxpayer requests the appeal, the taxpayer will be deemed non-cooperative and can face even greater penalties than the taxpayer who agrees to resolve the disclosure by agreement and/or without appeal.  If a client wants to appeal, practitioners should closely analyze the client’s chances for success given the risk of higher penalties.

In summary, the new program contains some major changes in comparison to the previous OVDP, but the new program does provide major benefits with respect to penalty mitigation along with continued criminal exposure mitigation.  The IRS has placed a very strong emphasis on taxpayer cooperation, as failure to cooperate can impose extreme penalties and/or remove the protection from criminal exposure.  Even though taxpayers now have a right to appeal the audit findings, the practical effect is that the IRS has arguably limited the right to appeal through threats of higher penalties, even if the taxpayer has a good-faith non-frivolous position on the appeal.

Need help with tax issues?  Contact us as soon as possible to discuss your rights and the ways we can assist in your defense. We handle all types of cases, including complex international & offshore tax compliance. Schedule a consultation today!