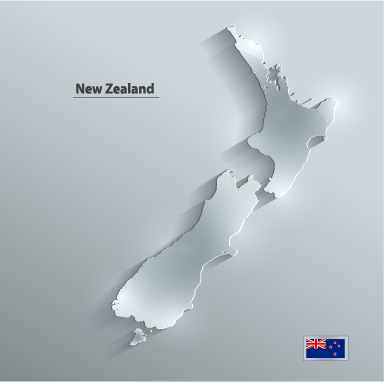 New Zealand imposes a flat tax on the consumption of goods and services (the GST).

In 2018, the country adopted the Taxation (Neutralising Base Erosion and Profit Shifting) Act 2018, which aligns with the OECD’s BEPS framework.  Among its aims, the framework imposes restrictions on multinationals’ interest rates, imposes hybrid mismatch rules, artificial permanent establishment rules, and profit shifting rules, as well as amendments to an existing thin capitalization regime.

In 2019, New Zealand adopted the Taxation (Research and Development Tax Credits) Act 2019.  The act provides for certain credits on research and development expenditures.

New Zealand imposes tax on net income at the national level. The definition of income subject to tax is expansive; capital gains, however, are normally not included for income tax purposes.  Taxable income is computed on an annual basis and is either taxed by assessment or by withholding tax.  Aside from certain exceptions, New Zealand residents and nonresidents are generally subject to the same rules and tax rates on New Zealand-source income. New Zealand has special provisions with respect to foreign dividends and offshore income earned through controlled foreign companies.

Individuals resident in New Zealand are taxed on their worldwide income. An individual’s taxable income is the sum of all gain and profits from the following sources: employment income; business income; pension income; and investment income (dividends, interest, and royalties). New Zealand has no capital gains tax as such and capital gains are normally not included in income for income tax purposes. Profits from the sale of personal property or real property and some unrealized capital accretions may, however, be included in income in certain circumstances. Losses can be carried forward indefinitely to offset future net income from any source.

Generally, no deductions are allowed to employees for expenses incurred in producing employment income. Employees, as well as other individuals, are entitled to allowable tax credits, which are deducted from income tax payable.

In general, all income derived by a corporation is taxable business income; this includes income from sales of goods and services, commissions, rents, royalties, rents and dividends.  Capital gains are generally not subject to tax. Profits from the sale of personal property or real property and some unrealized capital gains may, however, be included in the taxable income in certain circumstances.

Gift duty is imposed on the donor of gifts made within a 12-month period, depending on the value of the gifts. Gifts below certain amounts are not subject to the duty.  New Zealand does not levy a wealth tax.

New Zealand imposes a goods and services tax (“GST”) which is a value-added tax on the consumption of goods and services. Although the GST is levied at each stage of the economic chain, it is ultimately borne by the final customer. The GST due on any sale is a percentage of the sale price less all the tax paid at the preceding stages.

Our international tax expertise allows us to guide clients through tax planning and compliance so that they can focus on what matters most. At Freeman Law, our clients are engaged in an interconnected business environment that spans across the globe.  From supply chains to markets, cross-country taxation impacts every global business.

Do you have questions about New Zealand Tax Treaties? Schedule a consultation with one of Freeman Laws International Tax Experts Today!