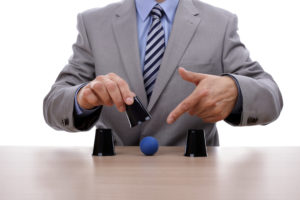 Under pre-existing law, covered financial institutions were not required to know the identity of the individuals who own or control their legal entity customers (that is, the beneficial owners of those legal entities).  Now, in order to comply with the new regulations, they will be required to identify and verify the identity of certain beneficial owners at the time a new account is opened.  The identification and verification procedures used to do so will be very similar to those used for individual customers under existing customer identification programs (CIPs).

Under the rule, there are now four core elements of CDD that should be explicit requirements in the anti-money laundering programs of all covered financial institutions:

There are a number of motivations for the rule changes, but certainly high among them—and a driving motivation that may not be readily apparent to many—is the government’s desire to facilitate tax compliance and advance commitments made to foreign governments in connection with the Intergovernmental Agreements (IGAs) that the United States has entered into with other countries as part of the Foreign Account Tax Compliance Act (FATCA).  Those agreements require foreign counterparts to provide information to our government about whether certain legal entities are controlled by U.S. persons (i.e., to identify U.S. beneficial owners).  Under our law as it has existed, the United States does not reciprocate such information about foreign beneficial owners of legal entities.  (See my prior post on the Panama Papers for a discussion about this.)  As part of those IGAs the U.S. committed to pursue equivalent levels of reciprocal automatic exchange.  Requiring covered financial institutions to obtain beneficial owner information for BSA/AML purposes advances this purpose, putting the U.S. in a better position to combat offshore tax evasion and other financial crimes.