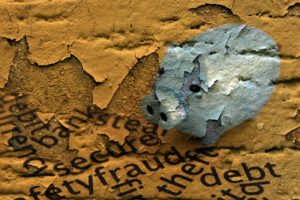 On Friday, a North Carolina federal district court sentenced Daniel and Renee Balson to 27 months and 16 months, respectively, on tax and bank fraud charges related to their failure to report and disclose income from selling merchandise online, primarily through eBay and Amazon.  A copy of the indictment is available here.  In addition to the prison terms, the couple was ordered to pay restitution to the IRS as well as Bank of America.  Notably, the amount of unreported tax at issue, given the length of time, was relatively modest, and the sentences serve as a reminder that even modest amounts of unreported taxable income (yes, even income earned online) can give rise to criminal liability.

Balson owned Southern Sales Online (“SSO”), an online retail business that sold merchandise through eBay and Amazon.  Even though SSO had sales receipts that averaged more than $100,000 per year over the course of some six years, the Balsons didn’t report the operation or the gross receipts (or the expenses) on their tax returns.  They also failed to report the income from the operation on a bank application for a mortgage loan modification—leading to the bank fraud count.  (Bank fraud violations under 18 U.S.C. § 1344 can give rise to serious criminal exposure—the statute itself provides for a statutory maximum penalty of 30 years—and it is often a hammer that prosecutors charge along with other related crimes and use to entice a plea.)

The case illustrates how failing to report online sales—even individuals selling merchandise through a relatively small operation—can put a taxpayer in hot water.  Online sales are not as anonymous as many would like to believe, and are just as taxable as their brick-and-mortar brethren.  It also demonstrates how failing to properly report one’s taxes can often be intertwined with making misrepresentations to financial institutions, leading to bank fraud and other exposure—the taxpayer’s conduct here potentially violated a host of federal laws.  Taxpayers with lurking tax issues who are contemplating loans, modifications, or other financial transactions that require making representations or disclosures to a bank should seek proper counsel before doing so.