What is Bank Fraud? 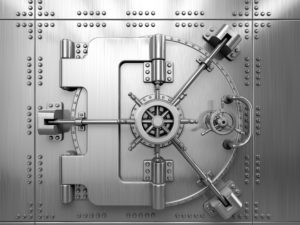 18 U.S.C. § 1344 is commonly referred to as the bank fraud statute. It is used by the Department of Justice to prosecute “any scheme to defraud” a federal bank.[1] The scope of the phrase “any scheme” is broad; it has, for example, been used to prosecute check forging, check kiting, and embezzlement, among other things.  Making misrepresentations to a bank – such as providing tax returns that contain certain errors as part of a loan application, or incorrectly stating information in a loan application can support a bank fraud conviction, which carries a potential statutory penalty of up to 30 years in prison. Because of its broad scope and harsh potential penalties the bank fraud statute is often a weapon of choice for prosecutors.

The bank fraud statute provides that:

Whoever knowingly executes, or attempts to execute, a scheme or artifice–
(1) to defraud a financial institution; or
(2) to obtain any of the money, funds, credits, assets, securities, or other property owned by, or under the custody or control of, a financial institution, by means of false or fraudulent pretenses, representations, or promises;
shall be fined not more than $1,000,000 or imprisoned not more than 30 years, or both.[2]

That’s right, bank fraud carries a hefty potential fine and serious prison time – up to 30 years. Bank fraud is not a crime that the United States government takes lightly, a fact that is not surprising given the policy behind § 1344: “to protect federally insured banks from fraud.”[3]

The DOJ views the bank fraud statute as a flexible tool. It has stated that the bank fraud statute allows the United States to “prosecute fraudulent conduct not otherwise the subject of specific criminal statutes.”[4] The statute is, in other words, essentially a catch-all for any activity that may defraud a federal bank – and it is quite far reaching in scope.[5]

This broad reach is particularly relevant in an increasingly global economy. The legislative history of the bank fraud statute indicates a “congressional intention that the bank fraud provision have extra-territorial reach and that the offender may be prosecuted if present within the United States, even if the fraudulent conduct took place outside the borders of the United States.”

Another example of the statute’s reach is the fact that “bank officers with authority . . . can nevertheless defraud the [very] institutions they serve”[6] because the victim of bank fraud is the bank itself, not any officer of the bank.[7]

The bank fraud statute can be broken down into several components.  First, not only are acts of bank fraud subject to prosecution. The statute also covers any attempt to commit bank fraud. The “scheme or artifice” used to defraud a bank under the statute “includes any false or fraudulent pretenses or representations intended to deceive others in order to obtain something of value, such as money, from the institution to be deceived.”[8]The term “fraud” requires “a misrepresentation or concealment of material fact.”[9] This can be met, among other ways, by a false statement in a loan application, providing tax returns that are incorrect (e.g., that misstate income or expenses), or misleading the bank in any way.

While the government must prove that one intended to defraud a federal bank under § 1344(1), this intent requirement does not apply for a conviction under § 1344(2).[10] In the government’s view, the mere act of knowingly attempting to obtain or obtaining money or property owned by or under the custody of a bank under false or fraudulent pretenses, representations, or promises is all that is needed to be proved for conviction under § 1344(2).[11] Therefore, a person can be charged with bank fraud for fraudulently stealing funds from another person if the funds are under the custody of a bank.

Bank fraud can take many forms. Section 1344—the federal bank fraud statute—provides prosecutors with a formidable weapon to combat it. The statute is intended to be far-reaching and carries significant penalties, including up to 30 years of imprisonment.  Courts and the Department of Justice have recognized its expansive scope and jurisdictional reach, making it a weapon of choice for prosecutors.

** This is a general overview of the federal bank fraud statute. Holdings from various circuits are pulled together for this article to create the general overview. When dealing with specific issues, always turn to the case law for the proper jurisdiction.

[8] Id(emphasis added); see also United States v. Cloud, 872 F.2d 846, 850 (9th Cir. 1989) (“For purposes of the bank fraud statute, the terms ‘scheme’ and ‘artifice’ are defined to include ‘any plan, pattern or cause [sic] of action, including false and fraudulent pretenses and misrepresentations, intended to deceive others in order to obtain something of value, such as money, from the institution to be deceived.’”).

[11] Idat 2389 (stating that “nothing in the clause additionally demands that a defendant have a specific intent to deceive a bank”).