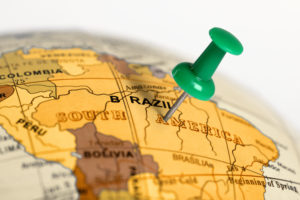 Earlier this year, the Brazilian government put into place the Special Currency and Tax Regularization Regime (Regime Especial de Regularização Cambial e Tributária or “RERCT”), a fiscal amnesty program established by Law No. 13,254/2016 that allows holders of previously undeclared offshore assets to report those assets to Brazilian tax authorities.  The program is currently set to close on October 31, 2016.

The Brazilian government estimated that Brazilians may hold as much as $400 billion in undisclosed offshore accounts.  The program, which allows certain Brazilian residents or persons domiciled in Brazil to voluntarily declare unreported assets of lawful origin that were held abroad, is expected to raise nearly $11 billion reais (or $2.74 billion) in revenue.

Notably, the program offers criminal amnesty to Brazilians who come forward under the program and disclose unreported asset.  Taxpayers seeking amnesty under the program are required to take several steps, including filing a regularization declaration with the Brazilian revenue agency (the Receita Federal Brasileira), filing an amended tax return for the 2014 year, and paying a 15% tax and a fine equal to 100% of the income tax due.

Also notably, Brazil is a signatory to an IGA with the United States to implement the Foreign Account Tax Compliance Act (“FATCA”) (and the related exchange of information) and recently ratified the OECD’s Multilateral Convention on Mutual Administrative Assistance in Tax Matters.  It has, in other words, taken significant steps towards tax and financial transparency, upping the ante, so to speak, for those considering the RERCT.