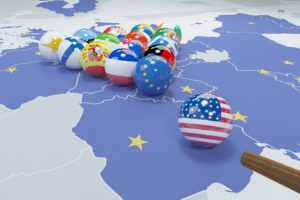 American Citizens Abroad, Inc. (“ACA”), an organization that represents American expatriates, recently urged the U.S. Treasury to adopt a “same-country” exception under the FATCA Chapter 4 withholding tax rules (found in sections 1471-1474 of the Code) and the reporting rules in section 6038D (which require the filing of Form 8938). The requested exception would exclude from FATCA coverage financial accounts held in the country in which a U.S. taxpayer is a bona de resident.

The ACA is not alone in pushing for a same-country exception. The National Taxpayer Advocate has also previously recommended that the IRS and Treasury adopt such an exception—an exception that would, according to TAS, “mitigate concerns about the collateral consequences of FATCA raised by U S non-residents, reduce reporting burdens faced by FFIs, and allow the IRS to focus enforcement efforts on identifying and addressing [actual] willful attempts at tax evasion through foreign accounts.” Taxpayer Advocate Service – Fiscal Year 2016 Objectives Report to Congress, Vol. 1, pp. 49-50.

In support of the exception, the TAS and others have cited numerous burdens faced by U.S. taxpayers living abroad, including increased compliance burdens and costs as a result of FATCA’s expanded reporting obligations, as well as an unwillingness by some foreign financial institutions to do business with U.S. expatriates in light of the requirements imposed by FATCA. Some foreign financial institutions have reasoned that it is simply not worth the risk or the trouble to do business with U.S. taxpayers. Indeed, previous reports have recognized a number of instances where banks have come to that conclusion, citing instances where “foreign financial institutions (FFIs), such as Deutcshe Bank, HSBC, and ING have . . . clos[ed] out foreign accounts of U.S. citizens in response to FATCA’s ‘onerous U.S. Regulations.’”

So what exactly is FATCA and when did we get these rules? On March 18, 2010, Congress enacted the Hiring Incentives to Restore Employment Act of 2010, Public Law 111–147 (the HIRE Act), largely as a response to IRS and congressional concerns that U.S. taxpayers were not fully disclosing the extent of financial assets held abroad. The HIRE Act contained a section commonly known as “FATCA,” which added chapter 4 of Subtitle A to the Code (sections 1471 through 1474). Chapter 4 generally requires withholding agents to withhold 30 percent on withholdable payments (as defined in § 1.1471–1(b)(136) made to Foreign Financial Institutions that do not agree to report certain information to the IRS regarding their U.S. accounts (as defined in § 1.1471– 1(b)(134), and on withholdable payments made to passive non-financial foreign entities (passive NFFEs, as defined in § 1.1471–1(b)(94)) that do not provide information on their substantial U.S. owners (as defined in § 1.1471–1(b)(128)) to withholding agents.

FATCA’s requirements are implemented in a massive set of regulations that span more than 500 pages. In essence, though, it expanded the scope of the U.S. information-reporting regime to include Foreign Financial Institutions that maintain U.S. accounts. In order to avoid withholding tax under chapter 4, FFIs generally are required to agree to perform certain due diligence procedures to identify the chapter 4 status of their account holders, report information on U.S. accounts, and, in some circumstances, withhold tax on account holders. Chapter 4 also imposes certain withholding, documentation, and information reporting requirements on withholding agents with respect to withholdable payments made to passive NFFEs.

The proposed “same-country” exception would exclude from FATCA coverage financial accounts held in the country in which a U.S. taxpayer is a bona de resident, thus allowing U.S. taxpayers to avoid the reporting burdens imposed by FATCA’s rules and hopefully foreign financial institutions to do business with Americans.