A Battle of the Dakotas: South Dakota v. Wayfair 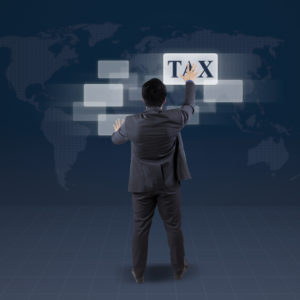 On April 17, 2018, the Supreme Court will hear arguments in South Dakota v. Wayfair. Why does it matter? The outcome of this case could substantially affect the current sales tax landscape for transactions executed over the internet. Currently, State X is not allowed to collect sales tax (from the seller) on retail purchases made over the internet unless the seller has a physical presence in State X. However, many states have pushed for change, arguing that the current sales tax-e-commerce relationship is inappropriate and needs to adapt to the times.

The issue in South Dakota v. Wayfair is largely a continuation of the problem in Quill Corp v. North Dakota. In Quill, North Dakota imposed a use tax on property purchased within the state for the purpose of storage, use, or consumption and required every retailer that maintained a place of business in the state to collect the tax from the consumer and remit it to the state.[2] Further, state regulations defined two key terms: (1) a “retailer” included “every person who engages in regular or systematic solicitation of a consumer market in the state,” and (2) “regular or systematic solicitation” meant “three or more advertisements within a 12-month period.”[3] Consequently, North Dakota argued that the use tax could be imposed on mail-order companies who had no physical presence within the state.

On the other hand, Quill Corporation was a Delaware corporation with no office, employee, or property located within North Dakota. Quill sold office equipment and supplies through catalogs, flyers, advertisements, and phone calls. Additionally, it delivered all of its merchandise to its North Dakota customers by mail or common carrier from out-of-state locations.[4] Quill refused to collect the use tax, and North Dakota filed suit to compel Quill to comply. The Supreme Court ultimately confirmed the bright-line test articulated in a previous case, National Bellas Hess v. Department of Revenue,[5] and stated the following: “a vendor whose only connection with customers in a taxing state is by common carrier or the United States mail is free from state-imposed duties to collect sales and use taxes, because such a vendor lacks the substantial nexus with the taxing state required by the Commerce Clause . . . .”[6]

In recent years, multiple states have passed “kill Quill” laws in an attempt to obtain a review of Quill by the Supreme Court. This was spurred by Justice Kennedy signaling the need to review Quill in Direct Marketing Association v. Brohl.[7] In his concurrence, Justice Kennedy stated the following:

Given [] changes in technology and consumer sophistication, it is unwise to delay any longer a reconsideration of the Court’s holding in Quill. A case questionable even when decided, Quill now harms States to a degree far greater than could have been anticipated earlier. . . . The legal system should find an appropriate case for this Court to reexamine Quill and Bellas Hess.[8]

In 2016, the South Dakota legislature passed Senate Bill 106, as the state was concerned about maintaining revenue in the face of increasing Internet sales. The legislation states in part that “any sellers of ‘tangible personal property’ in South Dakota without a ‘physical presence in the state . . . shall remit’ sales tax according to the same procedures as sellers with ‘a physical presence[.]’”[9] Once the bill was enacted, the South Dakota Department of Revenue began issuing notices to sellers that met the requirements of Senate Bill 106.[10] Certain out-of-state sellers, such as Wayfair, Overstock.com, and Newegg, failed to register for sales tax licenses, and the state of South Dakota filed a declaratory judgment against the sellers in circuit court.

Following a failed attempt to remove the case to federal district court, the sellers filed a joint answer, motion for summary judgment, and statement of facts, stating in part that Senate Bill 106 was unconstitutional under the Commerce Clause based on Bellas Hessand Quill.[11] The circuit court granted the sellers’ motion for summary judgment. On appeal, the Supreme Court of South Dakota affirmed. On January 12, 2018, the Supreme Court of the United States agreed to review the case on appeal.[12]

The battle between the Dakotas will certainly be interesting on Tuesday. The Wayfair case is an attempt to oust the supposedly outdated Quill decision in favor of a state sales tax regime that accounts for the current economic and technology. However, while the Quill decision is older and was enacted at the birth of the modern Internet age, it is an affirmation of the bright-line test established by Bellas Hess. Much is at stake regarding the Supreme Court’s decision in this case. It would behoove the Court to follow its holding in Quill and leave its standing invitation to Congress to “decide whether, when, and to what extent the states may burden interstate [] concerns with a duty to collect use taxes.”[13]