What is “Economic Substance?” 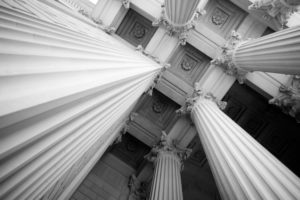 What is the Economic Substance Doctrine?

This common law judicial doctrine disallows tax benefits for a transaction if the said transaction has no economic substance nor business purposes. Essentially, this doctrine states that in order for a transaction to be valid, it must have an economic purpose other than reducing tax liability, and it also must have an effect other than its tax effect. The economic substance doctrine exists so that the Internal Revenue Service (IRS) can determine tactics used to reduce tax liability (also known as tax shelters) are abusive or not.

Under this doctrine, in order for a transaction to be accepted, the taxpayer’s economic position must be impacted in a significant way by this transaction, aside from any effects from Federal income tax. The individual must have had a substantial reason for going through with the transaction, aside from the tax effects. For these reasons, many view the economic substance doctrine as divisive and contentious, even if its goal is a good one.

Economic substance exists only if: “(A) the transaction changes in a meaningful way (apart from [Federal, State, and Local][6]income tax effects) the taxpayer’s economic position, and (B) the taxpayer has a substantial purpose (apart from [Federal, State, and Local] income tax effects) for entering into such transaction.”[7]The elements for finding economic substance in the IRC parallel those from case law, and the case law should be consulted to analyze whether or not the two prongs of § 7701(o) have been met under any given facts.[8]

If tax benefits are disallowed by the IRS for lack of economic substance under § 6662(b)(6), the traditional 20% penalty for an underpayment of tax may be applicable.[9]However, if “the relevant facts affecting the [economic substance of the transaction] are not adequately disclosed” on the return or an attachment to the return, the penalty jumps from 20% to a 40% penalty.[10]That can be a steep price to pay.

While the economic substance doctrine has recently been codified, the principles underlying § 7701(o) have been developing for decades. When taxpayers claim the effects of transactions on their tax returns, they and their tax professionals should evaluate whether the transaction will pass muster under the economic substance doctrine or they may face substantial penalty exposure.

[5]Idat (o)(5)(C) (“The determination of whether the economic substance doctrine is relevant to a transaction shall be made in the same manner as if this subsection had never been enacted.”).

Need assistance in managing the legal process?  Freeman Law is where clients turn when the stakes are high and the issues are complex.  We offer value-driven services and provide practical solutions to complex legal issues. Contact Freeman Law now to Schedule a consultation or call (214) 984-3410 to discuss your legal issues and concerns.