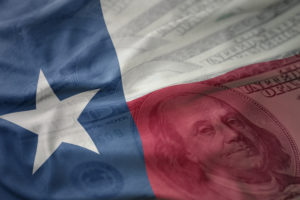 In 2018, the Supreme Court of the United States (SCOTUS) overturned a longstanding ruling regarding a state’s ability to collect sales tax on purchases from out-of-state vendors. Since 1992, the Court had required that a company have a physical presence in a state in order for that state to collect sales tax on purchases from that company. With online shopping skyrocketing in the past decade, this precedent led to billions of dollars in lost revenues for state and local governments due to the inability to tax remote sellers. Some also argued that out-of-state sellers had an unfair advantage over businesses physically present in a state.

In the case of South Dakota v.s. Wayfair, Inc., 138 S.Ct. 2080 (2018), SCOTUS reconsidered the prior ruling in light of new economic developments and held that states should have the ability to tax out-of-state sellers under certain circumstances.  In doing so, the court effectively replaced the physical-presencenexus standard with a new governing standard—economic nexus. However, the Court noted the following about the South Dakota tax laws at issue:

In Wayfair, the court found that having a minimum economic nexus of at least $100,000 of sales within a state or 200 transactions within a state in a given tax year protects small businesses from excessive out-of-state sales tax obligations.

Following this ruling, other states quickly began passing legislation in light of the Wayfair decision. Each state set its own economic nexus threshold, which currently range from $100,000 in sales to $500,000 in sales per tax year.

In response to Wayfair, the Texas Comptroller proposed changes to 34 of the Texas Administrative Code (TAC) § 3.586. With an economic nexus no longer defined by the physical-presencestandard, the new law would set Texas’s economic nexus at $500,000 worth of gross receipts from sales in Texas in a tax year. This is the highest nexus threshold in the United States, with only one other state (Tennessee) setting the nexus over $250,000 thus far.

● HB 2153 – Allows the State Comptroller to regulate the sales tax rate for out-of-state sales. Sales tax in Texas can range from 6.25 percent to 8.25 percent depending on the jurisdiction, and the law provides for a single rate for the entire state for foreign taxable entities.
● HB 1525 – This law regulates when marketplaces, such as Amazon or eBay, would be obligated to collect sales tax from out-of-state sellers.

Decisions like Wayfair will have a major effect on companies conducting business online across the United States, as well as provide significant revenue to the states. At Freeman Law, our legal team assists with tax compliance and litigation, and we stay apprised of changing tax obligations under the law. Call 214-984-3410 or contact us online to speak with an experienced tax lawyer in Texas directly.

RECENT IMPLEMENTATION OF ECONOMIC NEXUS THRESHOLD FOR TEXAS FRANCHISE TAXES IN THE WAKE OF WAYFAIR, INC.

A Battle of the Dakotas: South Dakota v. Wayfair

Wayfair in the Lone Star State