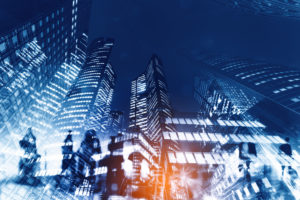 The False Claims Act (FCA) is a federal law that imposes civil penalties on persons that “knowingly” submit false or fraudulent claims for reimbursement to the federal government.[1] Two parties have the power to bring an action for violation of the Act: (1) the United States, and (2) qui tam relators. Qui tam relators are private parties that have direct knowledge of the fraud—that is, they did not acquire knowledge of the infringing activity through public disclosure, such as news reports. If the United States Department of Justice decides to pursue the cause of action after the qui tam relator files suit in federal court, then the qui tam relator may receive a share of the government’s monetary recovery against the violator. Violating the FCA can result in civil fines ranging from $5,500 to $11,000 for each claim, plus triple the amount of the government’s damages.

The filing of FCA claims has substantially increased over the last few years. While the United States does not directly initiate or intervene in all of the claims, it still must expend resources monitoring or participating in qui tam actions. To avoid overtaxing the government’s resources, the FCA allows the United States to partially or entirely dismiss qui tam cases at any point during litigation under § 3730(c)(2)(A), which reads as follows:

(c) Rights of the parties to qui tam actions.–(1) If the Government proceeds with the action, it shall have the primary responsibility for prosecuting the action, and shall not be bound by an act of the person bringing the action. Such person shall have the right to continue as a party to the action, subject to the limitations set forth in paragraph (2).

The Department of Justice issued a memorandum in 2018 providing guidance on when the government should exercise this power (the “Granston Memo”).[2] While the FCA does not require dismissal under § 3730(c)(2)(A), the Granston Memo presents a nonexclusive list of seven factors for the government to consider in deciding whether to dismiss. These factors are as follows: the (1) merit of the claim, (2) duplicity of claims, (3) interference with agency policies or programs, (4) interference with ongoing litigation, (5) disclosure of classified information, (6) weighing the burden of the claim against the expected gain, and (7) frustrating the investigation of the claim. These factors are not the only permissible grounds for dismissal, and courts are very deferential to government decisions to dismiss under § 3730(c)(2)(A) regardless of the rationale.

Merit of the claim. The United States should dismiss claims that lack merit. A claim can lack merit when it is based on a defective legal theory or frivolous allegations of facts. For example, a reverse false claim suit is legally defective when the relator fails to identify an obligation in law or contract that creates a government right to funds allegedly being withheld by the defendant. In regard to factually frivolous claims, a case was dismissed when the relator futilely alleged that the president was ineligible to hold office, and thus was violating the FCA by engaging in financial transactions.[3] Lack of merit on either of these grounds weighs in favor of dismissing the claim.

Duplicity of claims. If the relator is unable to add anything useful to an ongoing claim, but attempts to bring a claim based on the same transaction, then allowing the relator’s claim will provide the relator an undeserved share of the damages. The purpose of granting relators a share of damages in qui tam actions is to incentivize and award provision of meaningful information. Thus, duplicative claims should be dismissed since they do not advance the policy goals of the FCA or the interests of the government.

Interference with agency policies or programs. Qui tam actions that interfere with the administration of policies or programs by agencies that are affiliated with the facts of the claim should be dismissed. Interference includes diverting personnel and resources away from the agency’s policy or program. For example, the Tenth Circuit allowed dismissal inUnited States ex rel. Ridenour v. Kaiser-Hill Co. when a qui tam claim relating to a contractor’s security services at a nuclear weapons facility threatened to interfere with the Department of Energy’s clean-up and decontamination of the same facility.[4]

Weighing the burden of the claim against the expected gain. Dismissal is warranted when the expected costs of going forward with the claim are likely to outweigh the expected gain. Burdens include internal staff costs of monitoring or participating in claims, responding to discovery requests, or opportunity costs associated with foregoing other cases with higher or more certain recovery.

The dismissal ability under § 3730(c)(2)(A) is not the government’s only means of controlling the qui tam caseload. If the United States intervenes, it bears the primary responsibility for prosecuting the action, and thus can settle actions and restrict relator participation even if the relator objects.[5] The United States has several other mechanisms to dismiss cases, such as the first to file bar, the public disclosure bar, the tax bar, the bar on pro se relators, and dismissal under Federal Rules of Civil Procedure Rule 9(b). Often, qui tam relators will voluntarily dismiss claims when the United States refuses to intervene or advises the relators of the weaknesses of the claim. Thus, before filing to dismiss under § 3730(c)(2)(A), it is important to discuss the claim with the relator and apprise them of the possibility of government dismissal.

For more on the False Claims Act, see here.