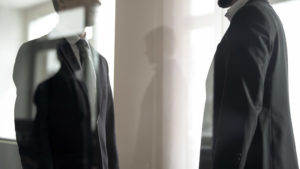 Certain disclosures of trade secrets made in confidence to the government or in court filings are excepted from the reach of the DTSA. When a person makes such a confidential disclosure to a government official or an attorney “solely for the purpose of reporting or investigating a suspected violation of the law,” then she is immune from DTSA liability. Disclosures made in complaints or other lawsuit filings made under seal are also protected. Employers who contract with employees regarding matters that involve trade secrets or other confidential information must provide notice of this immunity in the contract or policy document governing the relationship with the employee. Failure to do so may result in the employer forfeiting exemplary damages or attorney fees (discussed below) available under the DTSA in an action against the employee.

The DTSA does not affect the availability of remedies under state suits for trade secret misappropriation; rather, the DTSA shall not “preempt or displace any other remedies” available under state or federal law. Actions under the DTSA must be brought within 3 years of discovery of the misappropriation, or when the misappropriation should have been discovered with reasonable diligence. Trade secret owners may be entitled to (1) under certain extraordinary circumstances, civil seizure of the property at issue to prevent propagation or dissemination of the trade secret, (2) injunctions against the infringing party, (3) compensation for actual loss, unjust enrichment, and reasonable royalties, and (4) exemplary damages (up to twice the amount of loss) and reasonable attorneys’ fees for willful and malicious misappropriation. However, a prevailing defendant may be entitled to reasonable attorneys’ fees if a plaintiff makes bad faith claims in a misappropriation suit.