The Crossroads of Civil Litigation and Federal Tax Matters: A Primer for Plaintiff’s Attorneys

Mr. Roberts is a Principal of the firm. He devotes a substantial portion of his legal practice to helping his clients successfully navigate and resolve their federal tax disputes, either administratively, or, if necessary, through litigation. As a trusted advisor he has provided legal advice and counsel to hundreds of clients, including individuals and entrepreneurs, non-profits, trusts and estates, partnerships, and corporations.

Having served nearly three years as an attorney-advisor to the Chief Judge of the United States Tax Court in Washington, D.C., Mr. Roberts leverages his unique insight into government processes to offer his clients creative, innovative, and cost-effective solutions to their tax problems. In private practice, he has successfully represented clients in all phases of a federal tax dispute, including IRS audits, appeals, litigation, and collection matters. He also has significant experience representing clients in employment tax audits, voluntary disclosures, FBAR penalties and litigation, trust fund penalties, penalty abatement and waiver requests, and criminal tax matters.

Often times, Mr. Roberts has been engaged to utilize his extensive knowledge of tax controversy matters to assist clients in their transactional matters. For example, he has provided tax advice to businesses on complex tax matters related to domestic and international transactions, formations, acquisitions, dispositions, mergers, spin-offs, liquidations, and partnership divisions. 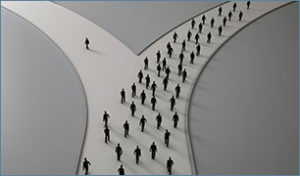 What are the Crossroads of Civil Litigation and Federal Tax Matters for Plaintiff’s Attorneys?

Being a plaintiff’s attorney is not easy.  In fact, there are so many thorny issues and complex tasks involved in civil litigation that it is understandable why the federal tax consequences of the litigation often play second fiddle to the case at hand.

However, this should not be the case.  Rather, the prudent plaintiff’s attorney should recognize that the federal tax effects on the recovery can have a tremendous impact on the plaintiff and his or her decision-making.  Moreover, some simple tax planning can often go a long way in mitigating or eliminating taxes on the damages award.

This article discusses some of the more common federal tax matters that arise during civil litigation.  It also provides some helpful tips and strategies for the plaintiff’s attorneys to consider when representing their clients.

What is the Origin of Your Client’s Claim?

Generally, the most significant federal tax issue in any lawsuit for the recovery of monetary damages, either by settlement or judgment, is:  (1) whether the recovery is taxable; and (2) if so, whether it represents ordinary income or capital gain.  In turn, each of these determinations will depend on the origin of the plaintiff’s claims in the lawsuit.

Federal courts generally review all of the relevant facts and circumstances to determine the origin of the claim.  Thus, the pleadings, evidence set forth at trial, jury determinations, and correspondence or communications amongst the parties may be relevant.  See Allen v. United States, 331 F. Supp. 852, 858 (E.D. Wis. 2018); Rev. Rul. 85-98 (noting the best evidence of the origin of plaintiff’s claim was the complaint).  But, if a settlement agreement is executed, federal courts will generally respect the treatment of the claims subject to the settlement agreement for federal income tax purposes, provided it was entered into by adverse parties, at arm’s length, and in good faith, although there are exceptions to this rule for unreasonable characterizations.  Bagley v. Commissioner, 105 T.C. 396, 407 (1995), aff’d, 121 F.3d 393 (8th Cir. 1997).

Are Pre- and Post-Judgment Interest and Punitive Damages Taxable?

Because ordinary income is generally taxed at higher tax rates, there may be an incentive to allocate all of the recoveries in a settlement agreement away from these items, particularly if another part of the recovery is non-taxable or subject to reduced capital gains rates.  However, the plaintiff’s attorneys should be cognizant that such allocations may not be respected for federal income tax purposes.  Thus, careful thought should be given to whether the omission of these items from the agreement is reasonable in light of the facts and circumstances of the lawsuit.

For example, assume the plaintiff sued the defendant for physical injuries.  Assume further that the trial court has entered judgment for damages in the amount of $1 million (not taxable under IRC § 104(a)(2)) and pre-judgment and punitive damages in the amounts of $200,000 and $100,000 respectively.  Thereafter, the defendant files an appeal.  If the parties enter into a settlement agreement after the entry of judgment and during the appeal, it may be difficult to argue that no part of the settlement payments constitutes pre-judgment interest and punitive damages.  Stated more specifically, the plaintiff may find it difficult to argue that his entire recovery is tax-free under IRC § 104(a)(2), especially in light of the outstanding judgment on such issues.

Should the Settlement Agreement Specify the Recovery is for Personal Physical Injuries or Physical Sickness?

Regrettably, there are a handful of cases litigated every year where plaintiff’s attorneys have failed to include the necessary language of IRC § 104(a)(2) in the settlement agreement.  In most of these cases, the plaintiff finds it difficult to prove that the payor’s intent was to compensate the plaintiff for physical injuries or physical sickness.  Thus, the recoveries are deemed ordinary income rather than non-taxable under IRC § 104(a)(2).  See Pipitone v. United States, 180 F.3d 859, 864 (7th Cir. 1999) (settlement agreement acting as a general release of all claims with no reference to payment for physical injuries or sickness resulted in taxable recovery to plaintiff); Duffy v. United States, 120 Fed. Cl. 55, 65 (Fed. Cl. 2015) (“No language in the Settlement Agreement suggests that the proceeds were for the purpose of settling a claim for physical injury or physical sickness.”).  Accordingly, it bears repeating that the plaintiff’s attorney should always adequately document the recovery as qualifying under IRC § 104(a)(2) where the facts and circumstances support such a characterization.

Plaintiffs often inquire whether their attorney’s fees are deductible.  Prior to the Tax Cuts and Jobs Act of 2017 (“TCJA”), attorney’s fees not related to a trade or business were generally deductible as miscellaneous itemized deductions, provided they were not subject to the alternative minimum tax limitation.  However, the TCJA now disallows miscellaneous itemized deductions for tax years beginning after December 31, 2017, and before January 1, 2026.  Pub. L. No. 115-97, § 11045.  Thus, plaintiffs must generally seek refuge, if at all, under the above-the-line deduction provision of IRC § 62.

Making matters worse, in 2005, the Supreme Court held that when a plaintiff’s recovery constitutes taxable income, that income includes the portion paid to an attorney as a contingency fee.  See Commissioner v. Banks, 543 U.S. 426 (2005). The following example shows the dilemma many plaintiffs face in light of the TCJA and Banks:

On these facts, and under current law, the plaintiff’s net recovery would be $250,000 unless the plaintiff’s attorney’s fees fall under IRC § 62.  Thus, because the plaintiff is not entitled to a deduction for the contingency fee payment of $400,000, the plaintiff is taxed at 35% on the entire $1 million award, or $350,000s.  Significantly, this example does not take into account any state income tax issues, which may further reduce the recovery.  Although there may be other ways to take advantage of the attorney’s fees for federal tax purposes, depending on the facts and circumstances, the plaintiff should be made aware of the general disallowance of attorney’s fees under the TCJA and their inclusion in income under Banks.  At a minimum, it may be advisable for the plaintiff’s attorney to have standard language in their agreement with the client specifying that the attorney is not a tax professional and is not providing tax advice related to the litigation.

IRS Forms 1099-MISC (“Form 1099”) are filed with the IRS to report certain payments, which permit the IRS to match the payment to the recipient’s return.  Forms 1099 are fair game during the settlement negotiations and should be addressed in the settlement agreement where possible.

IRC § 6041 generally requires persons engaged in a trade or business to file information returns (e.g., Forms 1099) if, in the course of the trade or business, payments are made to another for “rents, salaries, wages, premiums, annuities, compensation, emoluments, or other fixed or determinable gains, profits or income.”  However, not all payments require Forms 1099.  Specifically, Treas. Reg. § 1.6041-1(f) provides that the payor must issue a Form 1099 only if the amount is includible in the gross income of the recipient.  See also PLR 201743010 (“Thus, Section 6041 only requires reporting of payments in excess of $600 which are includible in the recipient’s gross income.”); PLR 200704004 (no Form 1099 reporting required for payments made to settle litigation where qualified settlement fund could not determine whether amounts were income to the recipient).  Therefore, if the parties agree that a portion or all of the settlement payment is not taxable, the plaintiff’s attorney should ensure that the settlement agreement has a provision precluding the defendant from issuing a Form 1099 to the plaintiff for such amounts.

Notably, federal courts have also looked at the issuance of a Form 1099 by the defendant as an indicator that the defendant intended the recovery to be taxable.  See Burns v. United States, 76 F.3d 384 (9th Cir. 1996).  Accordingly, having a provision in the agreement stopping the defendant from issuing a Form 1099 for the settlement payment can also strengthen the plaintiff’s tax reporting position.

As discussed above, federal tax issues are commonplace in civil tax controversies.  Some of the simpler tax matters are discussed in this article.  For more complex litigation, plaintiffs may consider engaging a tax attorney early in the settlement negotiations to provide tax counsel and potentially help support a more favorable tax reporting position.  If you would like to discuss these issues more, please feel free to email Matthew Roberts at mroberts@freemanlaw.com.