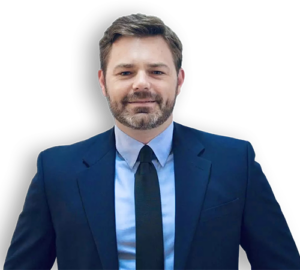 Having worked as a foreign legal consultant in Buenos Aires, Argentina from 2013 to 2018 after earning an MBA at IAE Business School (Buenos Aires) in 2012, Mr. Miller leverages his international legal experience and Spanish-language skills to represent clients from Latin America who invest or do business in the United States. Mr. Miller currently resides and practices in Austin, Texas. He began his legal career at a prestigious law firm in his hometown of El Paso, Texas, where his practice focused on the areas of general business, real estate and bankruptcy, including both litigation and transactional matters.

Through his educational background and work experience, Micah believes he has developed a unique capacity to understand and resolve a broad range of legal problems, especially those faced by business concerns and individuals engaged in cross-border activities. He prefers a no non-sense approach to practicing law, values ethical and cost-effective services, and believes in caring for his clients by striving to create and preserve value.

By providing additional definitional clarity regarding the rights and existence of series within an LLC, the recent changes will further the original purpose Texas Series LLCs: to help businesspeople avoid administrative complexity and expenses caused by replication of separate LLCs for related companies, projects, or asset-pools. For instance, instead of forming a separate LLC for each property, a real estate investor group can organize a single company and assign each real estate asset to a separate series, each of which might have a separate distribution of membership interest percentages.

Series LLC Changes to the Code

Principally, the changes establish new categories of Texas “series.” These categories are specifically defined as “protected” and “registered” series and are distinguished from the general category of series defined under Section 101.601 of the Code. The changes are contained in Senate Bill 1523 (87(R)) and they became effective on June 1, 2022. However, it appears the Secretary of State’s office is not yet prepared to implement some of the changes. The full text of the Bill is available here: 87(R) SB 1523 – Enrolled version – Bill Text (texas.gov)). The core changes of the Bill are to Subchapter M of Chapter 101 of the Texas Business Organizations Code (the “Code”), which is the Texas Limited Liability Act, but there are also important changes to other chapters.

What is a Series LLC?

A Series Limited Liability Company is an LLC whose company agreement establishes one or more “series.” In turn, a series is a group, designated by a company agreement, of “members, managers, membership interests, or assets” (1) as having “separate rights, powers, or duties with respect to specified property or obligations of the limited liability company or profits and losses associated with specified property or obligations;” or (2) that has “a separate business purpose or investment objective.” Tex. Bus. Org. Code § 101.601(a).

What are the Benefits of Establishing a Series?

In addition to the general type of series defined in Section 101.601 (an “ordinary series”), the Code provides that a series can be a protected or registered series. The core benefit of these series is that their debts and liabilities can be enforced only against the assets of that series—not the company in general or against another series, unless the Company determines an alternative arrangement. Tex. Bus. Org. Code §§ 101.602(a)(1), 101.602(d). Similarly, Section 101.605 of the Code gives protected series and registered series certain aspects of legal personhood, including the capacity to sue and be sued, to contract, to hold title to all kinds of property, to grant liens and security interest in series property, among other powers. This dynamic essentially allows businesspeople the benefits of limited liability for distinct business units or projects without having to file more than one certificate of formation.

If an LLC fails to meet the requirements for treatment of a series as a protected or registered series, by implication, it would be deemed an ordinary series and the general assets of the Company or any other ordinary series would not be shielded from debts or liabilities associated with any such ordinary series. In contrast, the Code provides that none of the debts or liabilities of the company in general or of another series are enforceable against the assets of a protected series or registered series. Tex. Bus. Org. Code § 101.602(2).

An ordinary series, therefore, is distinguished from protected series and registered series in that:

Consequently, an ordinary series does not place a series’ debts and liabilities in a separate “silo” in contrast to a protected or registered series.

Despite the lack of special asset protection for ordinary series, the Code clarifies that ordinary series can still be a useful contractual mechanism for allocating rights within the LLC. Tex. Bus. Org. Code § 101.601(c). With respect to separate series of assets, separate classes of members and managers can be allocated different relative rights, powers, and duties, including different voting rights, which companies can assign on any basis. Tex. Bus. Org. Code § 101.607. In summary, the ability to establish Texas Series LLCs generally creates two types of potential benefits: (1) liability limitations and (2) contractual flexibility to order detailed private rules governing company affairs and assets.

What are the Requirements for a Series to Qualify as a Protected Series or a Registered Series?

For a series to qualify for the special protection of its assets as a protected or registered series, an LLC must meet three requirements:

As a final step to assist Series LLCs in limiting their liabilities to the specific assets of a series, the new changes to the Code provide that:

These updates clarify (1) that protected or registered series are separately capable of rights and obligations under the Uniform Commercial Code, including those of “debtors,” and that (2) security interests may be perfected in the assets of registered series through the filing of UCC-1 financing statements specific to registered series.

The existence of Series LLCs and protected and registered series as separate UCC “persons” indicates that Texas Series LLC’s and their lenders should draft cautiously when contracting for security interests in the assets of a series. But aside from the discomfort provided the newness of the law in this area, it appears that the separateness of series’ liabilities and assets may lead to greater certainty in lien creation by helping parties avoid unintended consequences. For example, separating series assets in silos could prevent the overlapping of competing security interests in “unrelated” company assets that can result from overbroad financing statements.

By clarifying the relevant legal framework, these recent Code revisions may bolter the use of Texas Series LLC as a useful tool for people doing business in Texas. However, only time will reveal whether their use will remain narrow or be widely adopted.