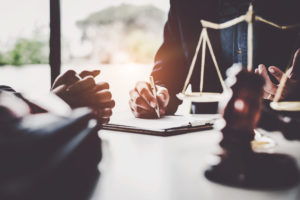 On January 15, 2020, a federal jury found John O. Green, an attorney in Texas, and his client, Thomas Selgas, guilty of conspiring to defraud the United States.  The client, Mr. Selgas, was also convicted of tax evasion. (See our prior post here for more on the crime of tax evasion.)

An IOLTA is an account that lawyers utilize to hold funds in trust for clients, and is kept separate from personal accounts. The jury found that for a ten-year period, from 2007 to 2017, Mr. Selgas deposited funds into Mr. Green’s IOLTA, and that Mr. Green used these funds to pay the Selgas’s personal expenses from the account. A false tax return was also filed on behalf of an IP development and licensing partnership co-founded by Selgas. The return omitted a substantial amount of income earned by the partnership.