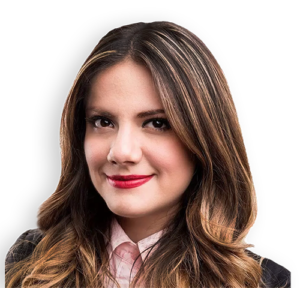 Ms. Uribe is an international tax consultant with more than a decade of professional experience in Mexican taxation and international tax advisory matters.  She maintains a particular focus on acquisitions (including due diligence), transfers, mergers, spin-offs, and various corporate reorganizations. She is experienced with cross-border transactions, including advising clients with respect to federal and state tax obligations in Mexico; the application of international tax treaties and the avoidance of double taxation, including permanent establishment status; complex international tax strategies; expatriate compensation plans; and tax audits.

Stephanie received her law degree from the Facultad Libre de Derecho de Monterrey, in Monterrey, Mexico, where she graduated with honors, and holds a Master’s in Law in International Taxation from Vienna University of Economics and Business (WU), in Vienna, Austria. For her Master Thesis she published the Article “Taxation of Capital Gains: The Substantial Participation Clause in Article 13(5)” in Special Features of the UN Model Convention.

She is member of the International Fiscal Association and has participated as a speaker in several Mexican and international tax conferences. She holds a certification in Management (Harvard ManageMentor Program) from Harvard Business School.

For Americans and other foreign residents, Mexico is a very attractive country to live and work, because of its weather, rich culture, delicious food, friendly locals, and cost of living. And in an increasingly global society, foreign residents are not only coming to work in Mexico, but Mexicans are also moving to the U.S. or other countries abroad. Foreign residents planning to work or invest in Mexico, as well as Mexican residents leaving Mexico, may face tax implications.

In this article, we provide a general overview of the most common legal and tax implications of working in Mexico and moving abroad.

An individual qualifies as a Mexican tax resident if the following requirements are met:

The individual’s center of vital interests is in Mexico if (1) more than 50% of their income is derived from a Mexican source in a calendar year, or (2) Mexico is the primary place of their professional activities.

A Mexican citizen is assumed to be a Mexican tax resident unless it is evidenced otherwise.

Additionally, it is important to note that an individual coming to Mexico that has a dwelling for tourism purposes, it is not deemed to create a permanent home in Mexico, unless they stay in Mexico for an extended period.

Mexican tax residents are taxed on their worldwide income. As such, a Mexican taxpayer is subject to Mexican Income Tax on all income received (notwithstanding the source).

Additionally, note that U.S. citizens may face additional tax compliance and reporting obligations in the U.S.

The Mexican Federal Tax Code (FTC or Código Fiscal de la Federación) was amended in 2022. One of the most relevant amendments made was to article 9 of the FTC.

In general terms, the amendments provide that a Mexican resident (individual or legal entity) who changes their tax residency to a Country that is a tax haven (régimen fiscal preferente), or if such residents do not evidence their change of residency, they will continue to be treated as a Mexican resident for tax purposes.

In other words, taxpayers must comply with the Mexican tax requirements even if they change their residency. For example, taxpayers are required to continue to pay Mexican taxes and file Mexican tax returns. This rule will not apply, however, if the tax haven jurisdiction maintains an information exchange agreement with Mexico, which enables mutual administrative assistance.

Additionally, individuals and legal entities who change their Mexican tax residency status are required to file a notice with the Mexican tax authorities within 15 days of changing their residency. If the individual or legal entity fails to file such notice, they will remain a Mexican resident for tax purposes.

In practice, this may result in double taxation for the taxpayer that changed their residency. Tax Treaty, however, may provide relief.

Taxpayers planning to change their Mexican residency status should seek tax advice in order to comply with the requirements set forth in the tax provisions, such as filing the applicable notices and paying exit taxes to avoid unnecessary tax compliance.

A U.S. citizen is any person born or naturalized in the U.S. and subject to its jurisdiction. An individual is a resident for tax purposes if such person meets any of the following tests: (i) the lawful permanent residence test – so-called “green card test”; (ii) the substantial presence test, or (iii) elects to be treated as a resident making a first-year election. The U.S. residence tests are generally applied on an annual calendar year basis.

The U.S. Citizenship and Immigration Services (USCIS) (or its predecessor organization) shall grant an alien individual the right to permanently reside in the U.S. as an immigrant. An alien individual will generally have this status if he or she has been issued an alien registration card — a so-called “green card.”

The individual meets the green card test if he or she is a lawful permanent resident (LPR) of the U.S. under the U.S. immigration law at any time during the calendar year (12 months). An individual will continue to be treated as a U.S. resident under the green card test unless his or her LPR status is revoked, or it is administratively or judicially determined to have been abandoned (except a special rule for dual residents applies). It is important to note, the expiration of the green card document does not terminate residence for tax purposes.

Generally, an individual is treated as present in the United States on any day he or she is physically present in the country at any time during the day. However, some exceptions apply.

Under the substantial presence test, a non-resident alien individual may elect to be treated as a U.S. tax resident for part of the immediately preceding calendar year by making a special election.

U.S. tax residents may be residents of a foreign jurisdiction with which the U.S. has a tax treaty. The dual tax resident may apply a tie-breaker rule under the tax treaty to determine which of both jurisdictions has the authority to tax the latter. Taxpayers under this scenario shall notify the U.S. tax authority that they should be treated as non-resident aliens for tax purposes. If they fail to notify the U.S. tax authority, they will continue to be treated as U.S. residents to compute their U.S. tax liability. Additional requirements shall be met to claim the benefits under the tax treaties.

Partnerships and disregarded entities for U.S. purposes are treated as fiscally transparent. However, if certain requirements are met both entities may elect to change their status from fiscally transparent to a corporation and vice versa. In practice, this election is known as “checking the box.” Changing the status may trigger various tax implications.

Other entities may be treated as corporations if certain requirements are met, such as publicly traded partnerships, charitable or other tax-exempt organizations, trusts, real estate investment trusts (formed as a corporation, trust, or association), estates, and real estate mortgage investment conduit (REMIC).

Entities that are not considered as tax residents

A foreign business entity that is not a corporation under the list for foreign corporations under the I.R.C., may elect to be treated as a disregarded entity or partnership. The owner or owners of the entity separately take(s) into account on a current basis their share of such entity’s income (whether distributed or not), and the character and source of the income to the owner are determined as if the income was directly realized by the owner or owners.

A fiscally transparent or flow-through entity may be a U.S. tax resident, which is eligible to apply for a benefit under a tax treaty.

Have questions or need help with the topics discussed in this Insights post? Freeman Law‘s International Tax attorneys can help! We offer value-driven services and provide practical solutions to complex tax issues. Schedule a consultation today!