Tax Reform Under a Trump Administration 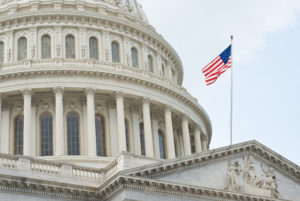 The election of Donald J. Trump—an outcome that defied most conventional polling models—literally changed the prospect for major tax reform overnight.  With a republican-led congressional coalition at his back, President-elect Trump is likely to make good on many of his campaign promises when it comes to changing the tax code.  The reform to come could be sweeping; it could rewrite longstanding tax norms and usher in a new era of tax law, the likes of which we have not seen since Reagan’s 1986 tax reform.

Republican-led tax reform is likely to come from several sources, including Mr. Trump’s tax plan and the House Republican tax reform plan, commonly referred to as the House Republican or GOP Blueprint—an effort headed up by House Ways & Means Committee Chair Kevin Brady and introduced in June of 2016.  The two are not entirely parallel, and both face criticism from deficit hawks, so reconciling them may provide an early glimpse into how the art of the deal will work in a Trump presidency.  But they are largely moving in the same direction, and any tax reform in the coming year is likely to involve a few sure-fire themes: across-the-board rate cuts, a move to simplify the tax code, and faith in supply-side economics.

Mr. Trump has pledged to place a temporary moratorium on the development of federal regulations currently in the pipeline; this move will slow many of the 250-plus regulatory projects in the works at Treasury.  Some, of course, will not survive—and those may include a few high-profile regulations.  The controversial proposed regulations under section 2704, for instance, may very well be put on the shelf for the next four years.  Likewise, we could even see the controversial earnings-stripping rules under section 385 go by the wayside.  Most current projects, however, are not particularly controversial or political, and we will likely see many of the current regulatory projects ultimately completed.

For those wondering what to expect in the way of tax reform from a Trump administration bolstered by a Republican-controlled Congress, what follows is a brief summary of the high points for many of the features that we can potentially expect to see.

Tax reform is likely to result in lower individual tax rates.  Both the Trump plan and the GOP Blueprint would consolidate the seven current tax brackets into three and drop the top rate to 33 percent.  Mr. Trump’s plan would retain the current capital gains rate structure, providing a maximum rate of 20 percent on such income, and would nix the 3.8-percent net investment income tax (“NIIT”).  The Blueprint, on the other hand, would tax capital gains and dividends as ordinary income, but would provide a 50-percent exclusion of such income, effectively creating three tax brackets of 6, 12.5 and 16.5 percent.  It would likewise get rid of the NIIT.

Mr. Trump’s plan would more than double the standard deduction (for instance, it would increase from $12,600 for married filing jointly taxpayers to $30,000), but would eliminate the $4,050 personal exemption for each person in the taxpaying household.  It would also eliminate the head-of-household filing status.  The proposed increase to the standard deduction would dramatically reduce the number of taxpayers who itemize deductions, greatly simplifying the process of preparing returns for many.  But eliminating the personal exemption (even with the increased standard deduction) could mean that, without other offsets, some families of five or more may actually see a tax increase.

Trump’s plan would cap itemized deductions at $100,000 for single taxpayers; $200,000 for joint.  The House Blueprint, on the other hand, would eliminate all but two itemized deductions: the mortgage interest deduction and the charitable contribution deduction.  We may ultimately see some combination of these proposals.

The Trump plan would also add a child care deduction available for up to four children and elderly dependents.  The deduction would be capped at the average cost of care in the taxpayer’s state and would not be available to taxpayers earning more than $250,000 ($500,000 for joint filers).  Trump’s plan also proposes to expand relief through the Earned Income Tax Credit for low income taxpayers.  The GOP Blueprint is not quite as liberal, and would provide a child care tax credit of $1,500 per child that would be phased out for married households with income from $110,000 to $150,000.

Both Trump and the GOP Blueprint also favor eliminating several taxes.  Both would repeal the individual Alternative Minimum Tax.  Both also call for eliminating the estate, gift, and generation-skipping transfer taxes.  In their place, Mr. Trump proposes a tax on capital gains on assets held until death, with an exemption of $10 million for married couples ($5 million for single taxpayers).

Current proposals pose even more sweeping changes for corporate and business taxes.  The United States currently has one of the highest corporate tax rates in the world.  Many have argued that this, combined with our worldwide system of taxation, puts U.S. companies at a competitive disadvantage in a global economy and incentivizes inversions, as well as efforts to move profits to offshore subsidiaries in order to take advantage of deferral opportunities.  Republican plans take aim at these concerns.

For starters, current proposals would significantly lower the corporate tax rate—from 35 percent to either 15 percent (under Mr. Trump’s plan) or 20 percent (under the Blueprint).  A more competitive corporate tax rate would decrease the incentive for U.S. companies to invert; it would also decrease the incentive to move profits to low-tax offshore jurisdictions.

Current proposals also seek to incentivize U.S. companies to repatriate their foreign earnings.  According to estimates from the Joint Committee on Taxation, U.S. companies have stashed some $2.6 trillion offshore.  Under current law, bringing those funds back to the United States triggers costly taxes. Mr. Trump, for his part, is proposing a deemed repatriation of all corporate profits held offshore in foreign subsidiaries; that deemed repatriation would impose a one-time tax at a rate of 10 percent on such earnings sitting in cash (a lower rate may apply to other foreign earnings).  The House Blueprint contains a similar proposal with slightly lower rates.

President-elect Trump is also calling for an end to deferral on foreign-source income.  Initially, under his plan, U.S. companies would be taxed immediately on their worldwide income.  After some revisions, however, his plan appeared to drop this anti-deferral provision, making it unclear whether he may be backing off of this position or favoring a territorial income tax system that would only tax U.S.-source income.  The House Blueprint, on the other hand, favors a novel destination-based territorial tax system that would provide taxing jurisdiction based on the location where goods or services are consumed rather than the location where they are produced.  In effect, it calls for a shift towards a consumption-based tax approach that would tax imports, but would not tax exports.  For that reason, it could potentially run afoul of World Trade Organization (WTO) restrictions.

Mr. Trump’s plan provides a separate regime for pass-through business entities.  Under his plan, income from pass-through businesses (e.g., partnerships and S-Corporations) would be subject to tax at a 15-percent rate, in line with the proposed rate for corporations. The House Blueprint would tax such income at a top rate of 25 percent.  These proposals, in their current form, would likely increase the incentive for wage earners to restructure to provide their services as independent contractors.

Mr. Trump’s plan also takes aim at the controversial taxation of carried interest—sort of.  Under his plan, returns from investment funds that are paid to investment managers as “carried interest” would be taxed as ordinary income, rather than capital gains (as it is currently treated).  However, it is not clear how this proposal would mesh with the lower tax rate his plan proposes for partnership income.  Most funds that would be affected by the change are organized as partnerships, and if the “carried interest” were ultimately treated as partnership income, it would actually be subject to a lower rate than the capital gains rate.  This is an area where plan details will have to be clarified in the months ahead.

Finally, both the House Blueprint and Mr. Trump’s plan would repeal the corporate alternative minimum tax, as well as most tax expenditures or credits for businesses other than the research and development credit.  Under the House plan, businesses would be able to currently expense investments in tangible and intangible property, except for land.  But they would only be able to deduct interest expenses to the extent of interest income.  Under Mr. Trump’s plan, firms engaged in manufacturing in the United States would be able to elect to expense capital expenditures, although the would give up the ability to deduct interest expenses.  The House Blueprint also addresses net operating losses, which it would limit to 90-percent of the net taxable amount for the year and allow to be carried forward indefinitely, though not back.

Tax reform is a virtual certainty in the near future. The changes to come show signs that they will be sweeping—a mixture of Trumpian ideas and a house Republican think-tank that has been itching for major reform for years.  As the Trump administration moves quickly to implement its initiatives during its first 100 days, look for reform that challenges some longstanding tax norms and rethinks, on the corporate and business side at least, the fundamental rules of our current system.

The article above was originally published by Jason B. Freeman in Today’s CPA Magazine: