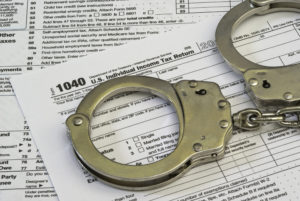 The Tax Court recently upheld the assessment of a civil fraud penalty against an incarcerated/disbarred attorney.  Robert L. Schwartz v. Commissioner, TC Memo 2016-144.  The petitioner, who was also a former examiner with the IRS, had maintained a successful law practice specializing in personal injury for nearly 40 years before being convicted of mail fraud and of filing a false tax return.  Following the criminal proceedings, which resulted in a restitution order of $3.2 million (including a tax-based restitution component of $935,000), the IRS made a civil assessment against the petitioner, relying in part on a bank-deposit-method analysis to estimate/calculate his unpaid taxes.  The IRS ultimately determined that the petitioner had understated his income by over $800,000 during the period at issue, and upheld a civil fraud penalty to boot.  The petitioner challenged the proposed assessment by filing a petition with the Tax Court.  At the time that the petition was filed, the petitioner was still serving a 48-month sentencing in a prison facility in Kentucky.

The Tax Court, relying in part of the IRS’s bank deposit analysis and the taxpayer’s failure to rebut that analysis, agreed with the IRS that the taxpayer substantially understated his income during the year at issue.  The court adopted the IRS’s figures, and determined that the taxpayer had understated his income by over $800,000 during the period.  Accordingly, the court upheld the assessment of tax on the unreported income.

In this context, civil fraud is defined as intentional wrongdoing by the taxpayer with the specific purpose of avoiding tax believed to be owed.  Stoltzfus v. United States, 398 F.2d 1002, 1004 (3d Cir. 1968); Neely v. Commissioner, 116 T.C. 79, 86 (2001). In other words, to support a civil fraud penalty, the government must make a showing that the taxpayer intended to evade taxes that he believed to be owing through conduct that was designed to conceal, mislead, or otherwise prevent the collection of taxes. DiLeo v. Commissioner, 96 T.C. at 874.

Whether fraud exists in any given case is a question of fact, and in order to establish fraud, the government must present independent evidence of fraudulent intent. Recklitis v. Commissioner, 91 T.C. 874, 909-910 (1988). However, direct proof of intent is not required. Instead, fraud can be established by circumstantial evidence and the government may draw inferences from that circumstantial evidence about the taxpayer’s intent. Scallen v. Commissioner, 877 F.2d 1364, 1370 (8th Cir. 1989), aff’g T.C. Memo. 1987-412.

This case, while not reaching a surprising outcome on the facts, demonstrates the perils that taxpayers face in civil proceedings following a criminal tax conviction.  It also demonstrates a common approach used by the IRS to impose civil fraud penalties.