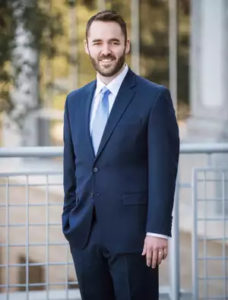 (4) Proration of deficiency to installments

The Treasury Regulations further clarify the proration rule with respect to a deficiency:

(C) Exception for negligence, intentional disregard, or fraud. If a deficiency or additional liability is due to negligence, intentional disregard of rules and regulations, or fraud with intent to evade tax, the proration rule of this paragraph (b)(1)(ii) will not apply, and the deficiency or additional liability (as well as any applicable interest and penalties) must be paid on notice and demand by the Secretary or, in the case of an additional liability reported on a return increasing the amount of the section 965(h) net tax liability after payment of the first installment or on an amended return, with the filing of the return.[5]

On September 2, 2022, the IRS issued a Chief Counsel Advice (“CCA”) related to a taxpayer’s request for assistance involving Section 965(h)(4)’s application to an unreported tax liability due to a challenge to a regulation. The main facts presented were as follows:

Based on the limited facts presented, the Chief Counsel Advice provided, in part, the following analysis:

On December 7, 2018, the Department of Treasury and the IRS published proposed Treas. Reg. section 1.78-1. Those regulations were finalized with no changes on June 21, 2019 and were applicable to the domestic corporation’s tax year ending in 2018. The domestic corporation’s return position did not reflect application of the Final Regulations. The resulting deficiency determined by the IRS (if assessed) is a deficiency due to negligence or intentional disregard of Final Regulations. Thus, under section 965(h)(4), the domestic corporation is not entitled to prorate the deficiency, and the deficiency is due on notice and demand under section 965(h)(4) and Treas. Reg. section 1.965-7(b)(1)(ii)(C).[7]

This Chief Counsel Advice highlights the exception to the general proration under Section 965(h)(1). In particular, under Section 965(h)(4), the deficiency is due on notice and demand regardless of whether the deficiency is due to negligence or international disregard. The CCA further notes that the result would be the same, as described above, even if (1) the domestic corporation filed a Form 8275-R, Regulation Disclosure Statement, or other disclosure, or (2) the domestic corporation’s deficiency was due to its negligence or intentional disregard of any other rule or regulation (besides Treas. Reg. § 1.78-1) that would increase the Section 965(h) net tax liability. Accordingly, taxpayers should be mindful of a deficiency’s effect on its election to pay its net tax liability in installments.

Need help with determining your international tax obligations? Contact us as soon as possible to discuss your rights and the ways we can assist in your representation. We handle all types of cases, including cases involving the Section 965 transition tax. Schedule a Consultation Today!