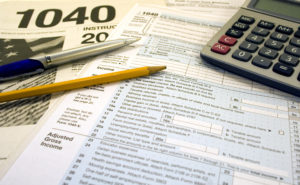 Individual taxpayers with income over a threshold amount are generally required to file a tax return with the IRS each year.  See I.R.C. §§ 6012, 6072.  Many taxpayers, of course, request an extension of time to file.  See I.R.C. § 6081.  When such taxpayers then fail to file a tax return by the extended due date, the IRS attempts to notify these taxpayers of their failure—and obligation—to file.  However, in a recent report, TIGTA found that the IRS procedures to find and notify such taxpayers have suffered from some severe shortcomings, and that “the vast majority of nonfilers with expired extensions were not identified or addressed [by the IRS] due to a programming error that was not fully investigated or timely corrected.”  TIGTA recommended that the IRS make a number of improvements to its system.

While the IRS collects more than $3.3 trillion in revenues annually, there is still an estimated $458 billion annual Tax Gap (tax that should be paid and collected, but that is not).  Nearly $26 billion of this Tax Gap comes from individual taxpayers that fail to file a tax return or pay the tax due on such late returns.  While the IRS has procedures in place to identify nonfilers, the TIGTA report indicates that it failed to identify about 1.9 million nonfilers with expired extensions during the periods covered in the report.  (Note that the figures don’t include taxpayers who did not seek/obtain an extension.)  That is a pretty major shortcoming.

The report identifies a number of causes for the shortcomings, including programming errors, managerial decisions, and resource constraints.  The report also contained a number of recommendations for improving the IRS’s procedures and its ability to identify nonfilers—all of which the IRS agreed to and will presumably take steps to implement.  Significant systemic improvements to the IRS’s ability to detect and notify presumably millions of nonfilers could mean that such taxpayers would be at increased risk from their lack of compliance.

Notably, when a taxpayer fails to file a tax return, there is no statute of limitations on the IRS’s ability to pursue and assess tax against the taxpayer.  Failing to file a tax return can also constitute a federal crime.  Taxpayers with unfiled returns should seek legal counsel regarding their obligations and potential civil and/or criminal exposure.  Luckily for some, there are often steps that can be taken to mitigate risks if such nonfiling taxpayers take proactive steps under the guidance of experienced legal counsel.