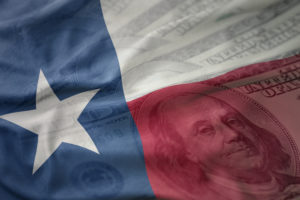 On November 19, 2019, the Texas Comptroller of Pubic Accounts (hereinafter the “Comptroller”) released Comptroller’s Decision No. 116,610 (2019).  The decision deals with a denied refund claim and the potential application of an exemption found in the Texas Transportation Code.

The decision involves an Arizona based registered motor carrier providing transportation services, who filed a Texas franchise tax refund claim for report year 2013.  With the refund claim, the motor carrier (hereinafter “Claimant”) contended that the Texas franchise tax is an occupation tax that is measured by gross receipt.  In its refund, the Claimant attempted to apply the Texas Transportation Code §20.001 exemption to its franchise tax.  Under Tex. Transp. Code §20.01, certain motor carriers are exempt from any occupation tax that is measured by gross receipts.  The Comptroller rejected the Claimant’s refund request and the matter ultimately was decided at the State Office of Administrative Hearings.

At the outset of his decision, Administrative Law Judge Jones recognized that an occupational tax is very similar to a franchise tax.  He cited to two cases which have commented that an occupation tax is a general tax describing all taxes imposed for the purpose of allowing companies to pursue their business in Texas.  See United Services Auto Association v. Strayhorn, 124 S.W.3d 722, 725 n. 4 (Tex. App. – Austin 2003) and Upjohn Co.  v. Rylander, 38 S.W.3d 600, 603 (Tex. App. – Austin 2000, pet. denied).  He also cited to In re Nestle USA, Inc., 387 S.W.3d 610 (Tex. 2012) where the Texas Supreme Court noted that Black’s Law Dictionary defines the terms “occupational tax” and “franchise tax” the same way: a “tax imposed [for or on] the privilege of carrying on a business.”  In re Nestle USA, Inc., 387 S.W.3d 610 at 621(Tex. 2012) (citing Black’s Law Dictionary (10th ed. 2009)).  However, based on the following Judge Jones declined to find that an occupational tax and the Texas franchise tax are same.

Judge Jones cited to Comptroller’s Decision No. 116, 056 (2019), which stated that the Texas franchise tax is not an occupational tax and as evidence cited to the Texas Constitution.  Comptroller’s Decision No. 116,056 noted that the Texas Constitution requires that 25% of the revenue derived from occupational taxes “shall be set apart for the benefit of the public free schools.  See Tex. Const. art. 7, §3(a).   Conversely, Tex. Tax Code §171.140 states that the revenue derived from the Texas franchise tax shall be deposited to the credit of the general revenue fund.  Judge Jones discussed that there is no requirement in §171 of the Tex. Tax Code that requires that 25% be set aside for public free education.  As such, Judge Jones found the Texas franchise tax is not an occupational tax.

Judge Jones also again cited to In re Nestle USA, Inc., 387 S.W.3d 610 (Tex. 2012), which discussed the intent of the Texas franchise tax framers.  The Texas Supreme Court noted that “[t]he Tax Commission responsible for the 2006 amendments to the franchise tax confirmed that … [t]he clear intention of the law’s original framers – that the franchise tax should be imposed in exchange for the state’s liability shield – remains the guiding light.  In re Nestle USA, Inc., 387 S.W.3d 610 at 621(Tex. 2012).  Which Judge Jones believed reaffirmed his decision that Texas franchise tax is not an occupational tax.

Based on the above, Judge Jones affirmed the Comptroller’s denial of the refund request finding that the Claimant failed to clearly and convincingly establish[1] that it was exempt from the Texas franchise tax based on Tex. Transp. Code §20.001.

It is interesting to note that the above Comptroller’s Decision is the second one[2] for the same taxpayer dealing with a denied refund claim for Texas franchise tax based on the Tex. Transp. Code §20.001 exemption.  It would appear that the Comptroller has closed the door on its applicability until a taxpayer can establish through clear and convincing evidence that exemption applies to it.  Although, considering Judge Jones’ rational concerning Tex. Tax Code §171 not requiring that 25% of franchise tax collected be set aside for public free education, it will be a difficult burden to meet.

[1] In order for a taxpayer to prove the applicability of an exemption a taxpayer must provide clear and convincing evidence.  See 34 Tex. Admin Code §1.26.