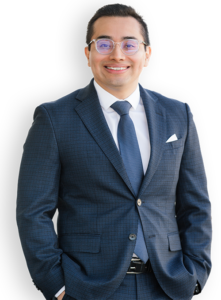 A recent Tax Court case dealt with a familiar topic: Theft losses. I.R.C. section 165 has historically allowed taxpayers to deduct three types of losses: those incurred in a trade or business, those incurred in a transaction entered into for profit, or losses arising from other causes, such as theft.  (Note, however, that due to certain changes pursuant to the Tax Cuts & Jobs Act of 2017, individuals may be prevented from taking certain theft losses.)

A theft for these purposes is defined broadly, and encompasses various criminal conduct, including larceny, embezzlement, and robbery. Treas Regs. Sec. 1.165-8 (d).  A taxpayer must prove that the theft occurred under the law of the jurisdiction where the alleged loss occurred, See Monteleone v. Commissioner, 34 T.C. 688 , 692 (1960), the amount of loss, and the date that the loss was discovered.  Taxpayers who can establish these element may be entitled to deduct a theft loss.  (Again, the TCJA may limit a taxpayer’s ability to deduct a theft loss.

Below is a summary of the Tax Court’s recent decision:

Short Summary:  The case discusses the substantiation of expenses, and the deductibility of theft losses under I.R.C. 165.

Mr. and Mrs. Baum (the taxpayers) were self-employed during 2015 and 2016 (years at issue). Mr. Baum was a consultant for Harrington Capital Partners, LLC, for which he was the sole owner. Mrs. Baum was a realtor. During the years at issue, the taxpayers claimed multiple deductions on their Schedule C, such as meals and entertainment expenses, offices and car and truck expenses.

In 2012, Mr. Baum acquired stock of Globe Protect, Inc. a company that manufactured filters to clean saline water. It must be noted that this opportunity was presented to Mr. Baum by a third party, a Mr. Zeilinger, and the stock was acquired from Mr. Zeilinger’s mother.

Despite the promising prospective for the Globe, Mr. Zeilinger filed for bankruptcy in 2014 and some other creditors obtained judgment in their favor. Mr. Baum did not receive a favorable judgment. However, the taxpayers claimed the loss suffered from the investment on their 2015 tax return, Schedule A, as a theft deduction. Such return and the 2016 tax return were filed until 2018.

Key Issues: Whether the loss suffered by the taxpayers qualifies as a “theft loss” under Section 165.

To be deductible as a theft loss, the loss must arise from a theft according to the laws of the jurisdiction where the loss was incurred, but also, the taxpayer must determine the amount of the loss and the year in which it was sustained. Failure to meet any of these standards translates in the rejection of the loss.

I.R.C. 162 allows taxpayers to deduct ordinary and necessary expenses incurred in carrying a trade or business. Some of these deductions, to be deductible, must comply with certain substantiation rules. Here, the taxpayers did not provide any proof to support the amount, time, and business purpose of the various expenses, such as the travel expenses, meals and lodging, among others. Consequently, such expenses are disallowed, sustaining the Commissioner’s determination.

Theft is defined broadly, and encompasses various criminal conducts including larceny, embezzlement and robbery. Treas Regs. Sec. 1.165-8 (d). Moreover, the taxpayer must prove that the theft occurred under the law of the jurisdiction wherein the alleged loss occurred, See Monteleone v. Commissioner, 34 T.C. 688 , 692 (1960), the amount of loss and the date that the loss was discovered.

The Court determined that “Theft” under California laws. Under the California Penal Code, the concept of theft consolidates various similar criminal conducts, such as larceny, theft by false pretenses and embezzlement. Cal. Penal Code sec. 484(a). Taxpayers claimed they suffered losses from “fraud in inducement”, directing the analysis to false pretenses, which includes elements on the defendant such as intent to defraud the owner of the property, making false representations and obtaining title of the owner’s property as consequence of the reliance. In this case, the Court found that the petitioners did not provided any evidence that supported that Mr. Zeilinger made false representations or with the intent to defraud. Therefore, this element was not met.

The Court also ruled that even if a theft was present, the petitioners still would not be able to claim the loss because they had failed to prove the amount of the loss and to establish the year that the loss was sustained. If the taxpayer has “reasonable prospect of recovery”, the loss is not sustained. Treas. Regs. Sec. 1.165-1 (d)(3). Here, the taxpayers did not have a reasonable prospect of recovery of their investment in 2015 because the bankruptcy proceeding for Mr. Zeilinger was still in Court.

Alternatively, the taxpayers argued that the loss was deductible as a loss incurred in a trade or business as provided by Section 165(c)(1). This argument is flawed because the involvement of the petitioners in Globe was that of an investor, and investment losses do not fall within this exception.

The second alternative argument was that the loss was deductible as a worthless security. I.R.C. 165(g). Because the taxpayers did not provide any evidence that the shares of Globe became worthless in 2015, such rule does not apply.

The penalties were sustained under I.R.C. 6651(a)(1) because the tax returns were filed after the due date, and the taxpayers failed to prove that the failure to file was due to reasonable cause.

Insight: Theft losses is an area with particular circumstances. However, it is clear that the taxpayers must provide evidence to support the three-factor test mentioned by the Court in this case. More importantly, the determination of a “theft” under State jurisdiction must be given special consideration, because failure to fall within the specific scope of a “theft” in accordance with such jurisdiction will prevent the taxpayer from moving forward under the court’s analysis.