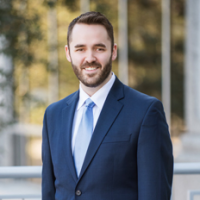 Section 7345. Perhaps it’s the challenge it poses to U.S. taxpayers and their rights and freedoms (i.e., international travel). Perhaps it’s the type of method employed by the U.S. government to promote federal tax compliance. Or perhaps U.S. taxpayers don’t want to think about passport issues after being stuck inside for over a year. Regardless of the reasons, U.S. taxpayers continue to pose challenges to Section 7345 of the Internal Revenue Code. I covered one such challenge in a previous blog regarding the constitutionality of Section 7345: Is Section 7345 Constitutional? – Jones v. Mnuchin. However, in a recent memorandum opinion, the Tax Court dispensed with a taxpayer’s contest of certain tax issues related to Section 7345 based on mootness and jurisdictional grounds.

According to Section 7345—a provision enacted by the Fixing America’s Surface Transportation Act (the “FAST Act”)[1]—if the Secretary of Treasury receives certification by the Commissioner of the Internal Revenue Service that an individual taxpayer has a seriously delinquent tax debt, the Secretary of Treasury shall transmit such certification to the Secretary of State for action with respect to the denial, revocation, or limitation of the individual’s passport.[2] The term “seriously delinquent tax debt” refers to an individual’s unpaid, legally enforceable federal tax liability that has been assessed, is greater than $50,000, and either a notice of lien has been filed pursuant to Section 6323 (and administrative rights have been exhausted or lapsed) or a levy has been made pursuant to Section 6331.[3]

Further, a taxpayer may seek judicial review of a certification of seriously delinquent tax debt under Section 7345:

In the case of a certification found to be erroneous, such notification shall be made as soon as practicable after such finding.[5]

On May 20, 2021, the U.S. Tax Court issued its decision with respect to Mr. Shitrit’s petition, pursuant (in part) to Section 7345. Mr. Shitrit, a dual citizen of Israel and the U.S., received a Notice CP508C, Notice of Certification of Your Seriously Delinquent Federal Tax Debt to the State Department, on July 23, 2018, related to his 2006 federal tax liability. In response, Mr. Shitrit filed a petition with the U.S. Tax Court and asked the Court to (1) reverse the certification, (2) determine that he was not liable for any additional tax, interest, or penalties for the 2006 tax year, and (3) order the refund of a $3,000 overpayment that had been applied to the outstanding 2006 liability.[7] While Mr. Shitrit’s case was pending with the Tax Court, the Internal Revenue Service reversed its certification to the Secretary of State. The Internal Revenue Service then moved the Court to dismiss the case. Accordingly, the Tax Court decision states, in part:

Mr. Shitrit initiated the instant case pursuant to section 7345(e)(1), which permits a taxpayer to “bring a civil action * * * against the Commissioner in the Tax Court”. As we recently explained, section 7345(e)(1) “circumscribes quite narrowly our jurisdiction in passport cases”, limiting our jurisdiction “to determining whether the Commissioner erred in certifying (or in failing to reverse a certification) that a taxpayer owes a ‘seriously delinquent tax debt’ as defined in section 7345(b).” Ruesch v. Commissioner, 154 T.C. at 295-296. We thus may consider issues such as “whether the taxpayer’s assessed Federal tax liability exceeds $50,000 (as adjusted for inflation), whether the IRS has commenced collection action with respect to that liability, whether collection of the tax debt is suspended because a CDP hearing is pending, or whether the taxpayer is paying the tax debt in a timely manner under a collection alternative.” Id. at 296.

Both of Mr. Shitrit’s claims lie outside the boundaries staked by Congress. . . .[8]

In Shitrit, the taxpayer ultimately prevailed in obtaining a reversal of the certification of seriously delinquent tax debt. This, of course, occurred while his Tax Court case was pending and, therefore, mooted his claim for relief. However, the Tax Court disposed of the taxpayer’s other claims on jurisdictional grounds. The Tax Court emphasized the strict jurisdictional boundaries of Section 7345 provided by Congress—it does not authorize the Tax Court to redetermine a taxpayer’s tax liability, and it does not authorize the Tax Court to determine an overpayment or order a credit.[9]Consequently, taxpayers should understand that they have the right to seek judicial review of a certification under Section 7345, but such review will be restricted.