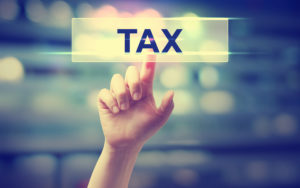 Every employee notices the line on his or her paycheck that refers to FICA tax being withheld; even certain taxpayers working abroad have these taxes withheld. The Federal Insurance Contributions Act (FICA) is a tax on an employee’s wages comprised of both the Social Security tax and the Medicare tax. U.S. citizens and resident aliens who work abroad for an American employer or a foreign affiliate of an American employer must pay FICA taxes. Totalization Agreements, of course, can impact this analysis as well.

Not all workers are subject to FICA taxes though. Only payments for services constituting “wages” for services provided during “employment” as those terms are defined in IRC 3121(a) and (b) are subject to FICA taxes. Employers will issue a Form W-2 to these employees. Self-employed U.S. citizens and resident aliens abroad may be responsible for U.S. self-employment tax, which includes Medicare and Social Security taxes.

An employee is an individual who either has the status of an “employee” under the usual common law rules applicable in determining the employer-employee relationship or serves as a superintendent, manager, or officer of a corporation. A person acting as a director or an officer who doesn’t perform any services or receive any compensation is not an “employee” for FICA purposes.