The Limits of the Accountant-Client Privilege

The Limits of the Accountant-Client Privilege 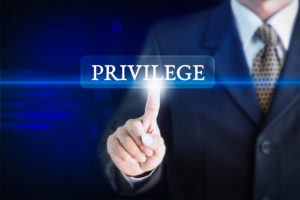 What is Accountant-Client Privilege?

The accountant-client privilege, commonly known as the tax practitioner privilege, is codified in Section 7525 of the Internal Revenue Code. However, before you put much stock in the privilege, a word of warning: courts have interpreted the accountant-client privilege to be extremely limited in scope. For example, it does not apply in state court matters or in criminal matters, where it may be needed most. This post discusses the statutory tax practitioner privilege under the Code and without reference to any state-level common law principles or statutes regarding this form of privilege.

The privilege extends only to tax advice, which has been defined as advice given by a federally-authorized tax practitioner within the scope of their authority under 31 U.S.C.A. § 330.[3] In this respect, it is important for practitioners to distinguish between the tax advice covered by the privilege, and general business or financial planning advice which is not covered by the privilege.[4] Importantly, the privilege is not available where it is needed most: it cannot be used in a criminal proceeding. Nor can it be used in state court proceedings (such as a divorce or civil suit). It can only be asserted in a noncriminal tax proceeding before the IRS or in a noncriminal tax proceeding in federal court.[5]

While the I.R.C. has codified an accountant-client privilege for tax matters, it is very limited in its protection of communications. Because of this limited scope, accountants entering into sensitive discussions should always involve or consult legal counsel. In many situations, an attorney may be able to utilize a “Kovel” agreement to cloak a conversation that is necessary to render legal advice with attorney-client privilege. Accountants who engage clients in sensitive conversations risk turning themselves into a witness against their client and may expose themselves to unwanted liability exposure.

[4] Furthermore, the privilege does not protect communications between a tax practitioner and client simply for preparation of a tax return. United States v. KPMG LLP, 237 F. Supp. 2d 35, 39 (D.D.C. 2002).

The Attorney-Client and Work Product Privileges in the Tax Context