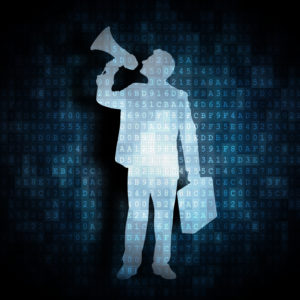 During Fiscal Year 2015, the IRS awarded whistleblowers more than $103 million (before sequestration).  That is a significant portion of the more than $403 million it has awarded since the whistleblower program was substantially strengthened in 2007.  And since that time, the Service has collected more than $3 billion in tax revenue based on whistleblower information—in other words, the program has been a resounding success.

The payment of tax whistleblower awards is governed by 26 U.S.C. § 7623.  That section, and the governing framework, was significantly changed by The Tax Relief and Health Care Act of 2006, which added section 7623(b) to the Code. Under the whistleblower program, a taxpayer who submits actionable information that allows the IRS to proceed with administrative or judicial action can be entitled to an award equal to amount between 15 to 30 percent of the resulting proceeds. See 26 U.S.C. § 7623(b)(1).

Qualification for an award under section 7623(b) requires that the information be:

In fiscal year 2015, there were 19 award payments that involved 49 section 7623(b) claims.  (The average whistleblower submission contains information relating to three taxpayers, so each submission results in an average of three claims.)

A whistleblower may submit information on an IRS Form 211, Application for Award for Original Information. After the IRS Whistleblower Office makes a final decision regarding a whistleblower’s section 7623(b) claim, an unhappy claimant has the right to appeal that final decision to the United States Tax Court within thirty days. See 26 U.S.C. § 7623(b)(4).

(a) In general The Secretary, under regulations prescribed by the Secretary, is authorized to pay such sums as he deems necessary for—

(1) detecting underpayments of tax, or

(2) detecting and bringing to trial and punishment persons guilty of violating the internal revenue laws or conniving at the same, in cases where such expenses are not otherwise provided for by law. Any amount payable under the preceding sentence shall be paid from the proceeds of amounts collected by reason of the information provided, and any amount so collected shall be available for such payments.

(b) Awards to whistleblowers

(1) In general If the Secretary proceeds with any administrative or judicial action described in subsection (a) based on information brought to the Secretary’s attention by an individual, such individual shall, subject to paragraph (2), receive as an award at least 15 percent but not more than 30 percent of the proceeds collected as a result of the action (including any related actions) or from any settlement in response to such action (determined without regard to whether such proceeds are available to the Secretary). The determination of the amount of such award by the Whistleblower Office shall depend upon the extent to which the individual substantially contributed to such action.

In the event the action described in paragraph (1) is one which the Whistleblower Office determines to be based principally on disclosures of specific allegations (other than information provided by the individual described in paragraph (1)) resulting from a judicial or administrative hearing, from a governmental report, hearing, audit, or investigation, or from the news media, the Whistleblower Office may award such sums as it considers appropriate, but in no case more than 10 percent of the proceeds collected as a result of the action (including any related actions) or from any settlement in response to such action (determined without regard to whether such proceeds are available to the Secretary), taking into account the significance of the individual’s information and the role of such individual and any legal representative of such individual in contributing to such action.

(B) Nonapplication of paragraph where individual is original source of information

(A) against any taxpayer, but in the case of any individual, only if such individual’s gross income exceeds $200,000 for any taxable year subject to such action, and

(A) No contract necessary

No contract with the Internal Revenue Service is necessary for any individual to receive an award under this subsection.

Any individual described in paragraph (1) or (2) may be represented by counsel.

No award may be made under this subsection based on information submitted to the Secretary unless such information is submitted under penalty of perjury.

(c) Proceeds For purposes of this section, the term “proceeds” includes—

(1) penalties, interest, additions to tax, and additional amounts provided under the internal revenue laws, and

(2) any proceeds arising from laws for which the Internal Revenue Service is authorized to administer, enforce, or investigate, including—

(A) criminal fines and civil forfeitures, and

(B) violations of reporting requirements.

(1) Anti-retaliation whistleblower protection for employees No employer, or any officer, employee, contractor, subcontractor, or agent of such employer, may discharge, demote, suspend, threaten, harass, or in any other manner discriminate against an employee in the terms and conditions of employment (including through an act in the ordinary course of such employee’s duties) in reprisal for any lawful act done by the employee—

(A)  to provide information, cause information to be provided, or otherwise assist in an investigation regarding underpayment of tax or any conduct which the employee reasonably believes constitutes a violation of the internal revenue laws or any provision of Federal law relating to tax fraud, when the information or assistance is provided to the Internal Revenue Service, the Secretary of the Treasury, the Treasury Inspector Generalfor Tax Administration, the Comptroller General of the United States, the Department of Justice, the United States Congress, a person with supervisory authority over the employee, or any other person working for the employer who has the authority to investigate, discover, or terminate misconduct, or

(B) to testify, participate in, or otherwise assist in any administrative or judicial action taken by the Internal Revenue Service relating to an alleged underpayment of tax or any violation of the internal revenue laws or any provision of Federal law relating to tax fraud.

(i)  filing a complaint with the Secretary of Labor, or

(ii)  if the Secretary of Labor has not issued a final decision within 180 days of the filing of the complaint and there is no showing that such delay is due to the bad faith of the claimant, bringing an action at law or equity for de novo review in the appropriate district court of the United States, which shall have jurisdiction over such an action without regard to the amount in controversy.

An action under subparagraph (A)(i) shall be governed under the rules and procedures set forth in section 42121(b) of title 49, United States Code.

Notification made under section 42121(b)(1) of title 49, United States Code, shall be made to the person named in the complaint and to the employer.

(iii) Burdens of proof An action brought under subparagraph (A)(ii) shall be governed by the legal burdens of proof set forth in section 42121(b) of title 49, United States Code, except that in applying such section—

A complaint under subparagraph (A)(i) shall be filed not later than 180 days after the date on which the violation occurs.

A party to an action brought under subparagraph (A)(ii) shall be entitled to trial by jury.

An employee prevailing in any action under paragraph (2)(A) shall be entitled to all relief necessary to make the employee whole.

(B) Compensatory damagesRelief for any action under subparagraph (A) shall include—

(i) reinstatement with the same seniority status that the employee would have had, but for the reprisal,

(ii) the sum of 200 percent of the amount of back pay and 100 percent of all lost benefits, with interest, and

(iii) compensation for any special damages sustained as a result of the reprisal, including litigation costs, expert witness fees, and reasonable attorney fees.

Nothing in this section shall be deemed to diminish the rights, privileges, or remedies of any employee under any Federal or State law, or under any collective bargaining agreement.

(A) Waiver of rights and remedies

The rights and remedies provided for in this subsection may not be waived by any agreement, policy form, or condition of employment, including by a predispute arbitration agreement.