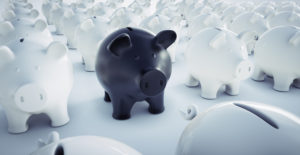 There are currently more than 150 penalties contained in the Internal Revenue Code—a penalty for nearly every conceivable reporting, filing, and payment requirement failure.  While penalties have long been a component of the Federal tax laws, the number of penalties has grown substantially over time.  There are, to put it in perspective, nearly ten times more penalties in the current Code than were contained in the 1954 Code.

During the most recent fiscal year, the IRS assessed over $27 billion in civil penalties, an amount that is slightly higher than in recent years.  At the same time, the IRS abated nearly $9 billion in penalties.  In other words, almost a third of penalties were abated.

The Purpose of Tax Penalties

While there are many tax-related penalties, there are a handful of particularly common penalties that tax practitioners should be familiar with. These include the failure-to-file, failure-to-pay, failure-to-deposit, accuracy-related, and fraud penalties.  Of course, there are other penalties that practitioners should be familiar with, such as penalties for aiding and abetting the understatement of a tax liability, filing frivolous returns, and promoting abusive tax shelters, but the following penalties are among the most frequently encountered in most tax practices.

The Internal Revenue Code imposes a delinquency penalty for failing to timely file a tax return.  This failure-to-file penalty is equal to five percent of the outstanding tax due on the return for each month that the return is delinquent, up to a maximum of 25 percent.

The Code also imposes a penalty for failing to timely pay the tax shown as due on a tax return.  This failure-to-pay penalty is equal to one-half of one percent of the delinquent tax amount for each month that the amount remains unpaid, up to a maximum of 25 percent.

The Failure-to-Timely-Deposit Penalty under Code Sec. 6656

The Accuracy-Related Penalty under Code Sec. 6662

The Code imposes an accuracy-related penalty generally equal to 20 percent of an understatement of tax attributable to one or more of the following:

Finally, the Code provides for a fraud penalty equal to 75 percent of any underpayment attributable to fraud.  The term fraud has been defined as an intentional wrongdoing on the part of a taxpayer with the specific purpose of evading a tax known or believed to be owing.  The IRS bears a heightened burden of proof when it comes to establishing fraud.  It must establish, by clear and convincing evidence, that there is an underpayment and that the underpayment is attributable to fraud.  In order to substantiate the existence of fraud, the IRS generally looks for the existence of so-called badges of fraud.

Several defenses may be available to penalty assessments.  Practitioners should consider whether statutory exceptions may be available, whether the penalty may be due to a service error, or whether the taxpayer may have a reasonable cause defense or satisfy the criteria for first-time abatement relief.

Reasonable cause is perhaps the most common defense to accuracy-related and fraud penalties.  It is a penalty defense, or at least a component of a defense, to most civil penalties.  Reasonable cause is generally defined as the exercise of ordinary business care and prudence in determining one’s tax obligations.  The “reasonable cause” standard draws on a broad range of guidance, and whether it exists is based upon all the surrounding facts and circumstances.  Taxpayers seeking reasonable cause relief should ensure that they submit a detailed reasonable cause statement that complies with the governing regulation at issue.  Depending on the context of the submission, taxpayers should also consider tailoring the submission to maximize the chances of acceptance under the IRS’s Reasonable Cause Assistant software—artificial intelligence software employed by the IRS for certain penalty abatement decisions.

There are, of course, other potential avenues to avoid or minimize penalty exposure depending on the context.  Practitioners should, for example, consider whether a qualified amended return may allow a taxpayer to reduce their exposure to accuracy-related penalties or whether proactive disclosure, such as through the procedures of Revenue Procedure 94-69, may provide a taxpayer with an opportunity to reduce accuracy-related penalty exposure even after contact by the IRS.  And, of course, taxpayers may be able to mitigate penalty exposure through proper use of Form 8275, Disclosure Statement, or Form 8275-R, Regulation Disclosure Statement, attached to an original or qualified amended return.

While the Code contains a mind-numbing array of penalties, many can be avoided through proper procedures and diligence on the front end.  But where that fails, practitioners should vet the applicable penalty defenses.  As indicated above, while the Service assessed over $27 billion in civil penalties during the most recent fiscal year, it also abated nearly one-third of those penalties.  As these figures imply, where penalties have been assessed, practitioners would often be wise to heed the advice that “those who do not ask do not receive.”  A well-crafted and reasoned penalty abatement request may be well worthwhile.

For more posts on IRS penalties, see:  The Badges of Fraud; IRS Tax Penalties on the Rise, Particularly Employment Tax Penalties; Litigating IRS Penalties; The Accuracy-Related Penalty and the Reasonable Cause Defense.

As published by Jason B. Freeman in Today’s CPA Magazine: